Devin Faraci’s name may not be a household one, but the mere mention of it is enough to send Damon Lindelof into a full-blown anxiety attack. Lindelof, one of Hollywood’s most successful film and television writer-producers, admitted in a 2015 podcast that Faraci, a 42-year-old film blogger, “has been trolling me incessantly for the majority of my career. This guy owes me, like $40,000 in therapy bills.”

Lindelof was not exaggerating. In fact, it was Faraci’s relentless criticism of the Lost creator (“Devin. I get it. Please stop,” Lindelof once pleaded on Twitter) that eventually pushed the once-enthusiastic tweeter off of the social media platform. 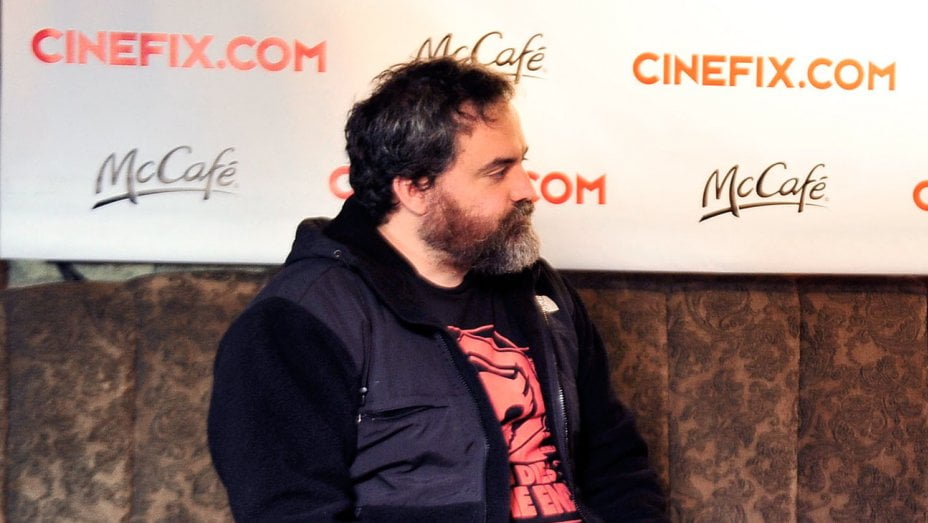 But now it’s Faraci’s turn to step away from the keyboard.

The influential blogger — whose highly opinionated essays on fanboy culture frequently go viral and whose pugilistic relationship to other film writers and filmmakers is so extreme, director Joe Swanberg once literally challenged him to a boxing match (which Faraci soundly lost) — announced on Tuesday that he is resigning immediately as editor-in-chief of Birth.Movies.Death.

The film site is owned by Alamo Drafthouse, the influential movie chain behind major fanboy gatherings like Fantastic Fest and Drafthouse Films, a growing distribution label specializing in the niche genre fare. The move comes amid startling claims of sexual assault leveled Sunday against Faraci by Twitter user space crane.

After Faraci tweeted about a leaked video in which Donald Trump brags of being able to “grab” women “by the pussy” — “[Trump] wasn’t talking with his best friends. He was boasting to a TV host,” he noted — space crane responded with a devastating accusation.

“Quick question,” she wrote. “Do you remember grabbing me by the pussy and bragging to our friends about it, telling them to smell your fingers?” (The tweet was eventually deleted, not because “it didn’t happen” but because “it’s become a focal point for some really vile stuff,” she later explained.)

Faraci did not deny the incident had occurred, tweeting back, “I do not remember this. I can only believe you and beg forgiveness for having been so vile.” He has not tweeted since.

News of Faraci’s resignation broke Tuesday morning with this statement to his readers: “This weekend, allegations were made about my past behavior. Because I take these types of claims seriously, I feel my only honorable course of action is to step down from my position as Editor-in-Chief of Birth.Movies.Death.”

He continues, “I will use the coming weeks and months to work on becoming a better person who is, I hope, worthy of the trust and loyalty of my friends and readers.”

For space crane — whose real name is Caroline (she asked that The Hollywood Reporter not reveals her last name) — the move is a step in the right direction. Alamo Drafthouse owner Tim League called her personally to discuss the company’s response.

“We had an excellent conversation about it that left me feeling like he understood the situation and was interested in helping Devin,” says Caroline, 33, a non-profit worker living in New York City.

“I’m thrilled that Tim League took this seriously and that Devin is interested in getting treatment. I’ve let them know that I’m available for any accountability processing that might be part of his rehabilitation,” she adds.
The incident dates back to 2004, when Caroline and Faraci, who grew up in New York, were part of the same group of friends living and socializing in the East Village.

They met on a music message board (“I can’t remember which. There were so many in the early aughts,” she says), a group of about a dozen men and women in their 20s and 30s who shared similar pop-culture tastes.

Friday night was when they would get together at a dive bar to dance to a jukebox and let off some steam. On the night in question, it was an early-evening gathering for happy-hour drinks. Faraci was tipsy, Caroline says, but far from obliterated. “I liked him and thought he was funny,” she recalls, adding that he was well aware that she was a lesbian and was “not interested” sexually in men.

“I think I moved away from the dance floor at that point,” she continues. “I had to get away from him. I was just so shocked that it had happened and grossed out. I felt mortified for him. That was the palpable memory I had. I felt sad for him.”

While Faraci never apologized or even acknowledged the alleged incident, the group dynamic was forever altered that night. Caroline, who never spoke of the incident to the others, began to withdraw from the group. Faraci, meanwhile, “would get in fights and have fallings-out” with the other friends, she says. Two years later, in 2006, Caroline confronted Faraci about the assault on an internet message board. Just as in this week’s Twitter exchange, Faraci claimed not to recall the incident. “He disappeared after that,” she says.

But one of the friends at the bar that night saw the message-board exchange and later confided in Caroline that it was doubtful that Faraci would have had no memory of what happened, as he had bragged to her about the incident at the time, encouraging the group to “smell his fingers.” “That was not something I knew about at the time,” Caroline says. “And it made me really angry.” Caroline did her best to avoid Faraci in the ensuing years — but as his profile and audience grew, that became increasingly difficult.

“There was the Jodorowsky’s Dune documentary that I was really excited about seeing — and then I saw the [appears in it as an expert], and I was like, ‘Well, f—, I can’t see it.’ Or he’d be in a trailer giving a blurb for some horror movie. I would get so angry every time. It kept coming back that he’s an influential person in leftist film criticism or whatever.”

Caroline characterizes herself as a woman who is “good at letting things go,” but amid the current cultural climate and political rise of Donald Trump — culminating in the leak of the Access Hollywood video and Sunday night’s ugly presidential debate — she could not remain silent. The reactions have been mostly supportive. “I’ve largely had people thanking me, DMing me, saying in their own lives they’ve encountered similar things in different industries,” she says.

But Faraci’s peers in the film criticism world, meanwhile, have suddenly found themselves in an awkward position. According to sources familiar with the situation, the Los Angeles Film Critics Association, of which Faraci is a member, has reached out to him and is currently considering what action to take.

Then there is the question of the fate of his weekly podcast, The Canon, which Faraci co-hosts with film critic Amy Nicholson of MTV News. Owned by the Earwolf podcast network, the show is regularly one of the top-rated film podcasts on iTunes charts. Nicholson did not respond to a request for comment.

Caroline says several friends and acquaintances of Faraci’s have reached out to her, saying they feel conflicted about the situation and looking for guidance. She finds herself at a loss. “I’m not going to tell anybody that they should not be friends with him,” she says. “I want people to use this opportunity as a time maybe to explore why women feel this way and feel like they can’t talk about it.

“What happens when we give people a certain amount of control or a label that allows them to be above reproach or have their behavior dismissed? Why does that happen?” Both Faraci and League declined to comment for this story.

Even After Losing Over 100 Pounds, Blogger Still Feels ‘Obese’