“Gooooaaaal by Messi,” screamed the commentator as we entered India’s gaming extravaganza ‘IGX Gaming Expo.’, which was recently held at the World Trade Centre in Mumbai. With a boom in technology, a whole new generation of gamers is emerging. At IGX, serious gamers participated in competitive tournaments for the newest video games, such as FIFA 17 (released in September), WWE 2K17 (released on October 11), and PES (Pro Evolution Soccer) 2017 (rival to FIFA). 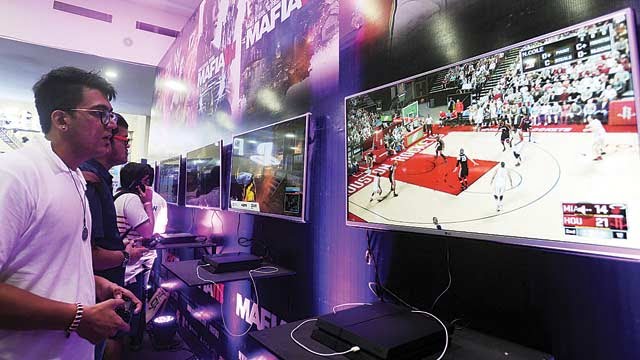 Other new games like Mortal Kombat XL, Injustice II, Watch Dogs 2, Star Wars, Mafia III, Tomb Raider, W2K17, etc., were introduced. Games were available for a hands-on gaming experience. “I just play a few games, and I am not a gamer, but I really loved the Mortal Kombat XL game,” said one of the guests at the expo.

But what really drew the crowd was the Play Station section, which launched the Play Station Virtual Reality. The serpentine queue to try the VR headset spoke volumes about how gaming enthusiasts are growing in numbers in India.

Roosh, an Indian start-up founded in 2013, has made mobile game development its passion by launching games for Android and IOS. Ogre Head Studio brought an Indian flavor to gaming through ‘Asura,’ a game inspired by Indian mythology. The presence of tech giants like Alienware and Asus, computer hardware distributors like Acro engineering made for a wholesome technological experience.

Superman, Wonder woman, Flash, Ironman, Pikachu, or Goku, you name any cult character, their T-shirts, mugs, and other souvenirs were available for sale, much to the delight of gamers.