Like a Broadway critic deciding to write a play, a blogger complained about fund fees decided to start an exchange-traded fund. He discovered that keeping expenses low isn’t as easy as it seems. 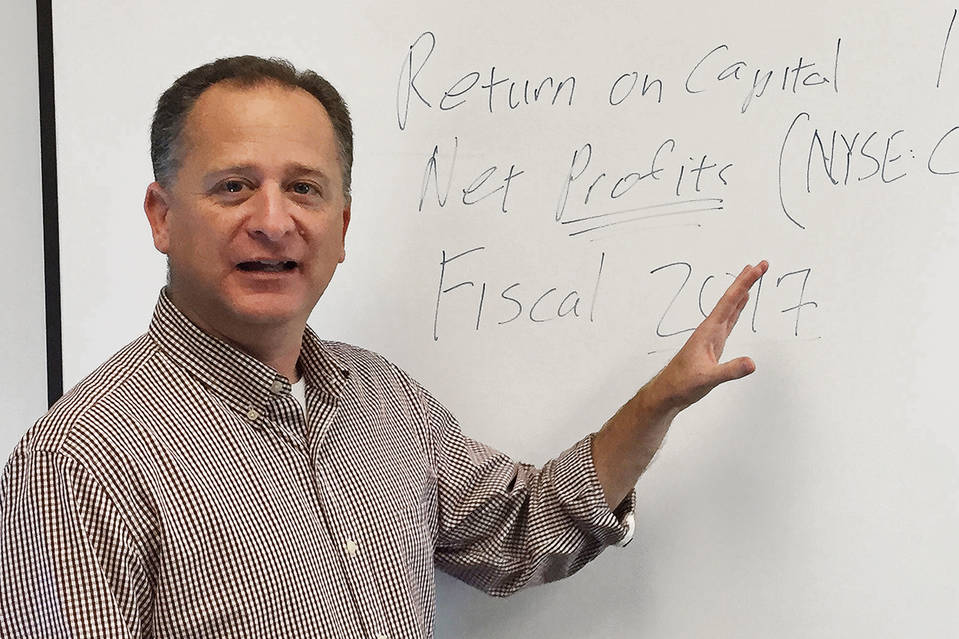 Eddy Elfenbein decided last year to launch a fund based on the stock picks from his more than decade-old Crossing Wall Street blog, written from Washington, D.C. Mr. Elfenbein recommends 20 stocks on his buy list and then sticks with them through the next 12 months. Each year, he changes just five of the holdings for the next year.

Because of the success of his choices—he posts returns on his blog—he built up a Twitter following of around 25,000, many of whom asked over the years if he managed money.

His fund, AdvisorShares Focused Equity ETF, launched Sept. 21, 2016, under the ticker CWS, for Crossing Wall Street.
It isn’t just the Twitter-led impetus that makes the fund unusual; the fee structure is also. Mr. Elfenbein has to beat the benchmark index or else give back part of his fee. If he exceeds it, he gets more.

He spoke with The Wall Street Journal about his experience setting up the fund. Edited excerpts of the conversation follow:

Summary show
WSJ: When and why did you decide to do this?
WSJ: What surprised you about the process of starting an ETF?
WSJ: Will having an ETF get in the way of the blog?
WSJ: You’ve done something different in terms of the way you are going to be paid. Please explain.
WSJ: Why an ETF instead of a mutual fund?

WSJ: When and why did you decide to do this?

MR. ELFENBEIN: I built a following based on what I recommended. If Twitter wasn’t around, I don’t know if this could have happened. As the years passed, I had more people asking if I managed money, which I didn’t. Late last year, I met with AdvisorShares [an actively managed ETF sponsor] to see if it was possible to develop a product that tracked the buy list.

WSJ: What surprised you about the process of starting an ETF?

MR. ELFENBEIN: I always complain about the fees for ETFs and mutual funds. But when you are on the other end of the process creating a fund—with so many fees, lawyer fees, exchange fees, etc.—the question is how can we get them so low. [Currently, the fund has annual expenses of 0.75%. , that compares with an average expense ratio of 0.86% for actively managed U.S. stock ETFs.]

I was also surprised by how little capital the fund needs to be viable. Advisor Shares points out that the patient is alive on the table if you have $20 million in the fund. Ideally, you would want to have more. With $50 million under management, then you’d have something that is chugging along.

WSJ: Will having an ETF get in the way of the blog?

MR. ELFENBEIN: No. I can write about the stocks I recommend, but I have to steer clear of anything that smacks the fund’s marketing.

The ETF will track the buy list as closely as possible, with the picks equally weighted as much as SEC regulations allow. The positions will be rebalanced once a year. We have to keep a small cash position due to the mechanics of the fund; we’ll start with 2%.

WSJ: You’ve done something different in terms of the way you are going to be paid. Please explain.

MR. ELFENBEIN: There will be a fulcrum fee for me. My pay will be based on performance relative to the S&P 500. If the fund beats the benchmark, I get a bonus; if not, I get a penalty. The size of the penalty is based on a sliding scale and would result from a reduction in the fund’s expenses.

The hedge funds get bonuses. If they miss their benchmark, they don’t get penalized.

WSJ: Why an ETF instead of a mutual fund?

MR. ELFENBEIN: It just seems that investors are voting with their dollars. We are moving from the world of mutual funds to ETFs. There are tax benefits with the ETFs. [They are less subject to capital gains taxes than mutual funds, for example.] I also like you to track the value during the day, whereas you can’t help with a mutual fund.

Plus, a lot of funds are very secretive about what they own. I’m the opposite. My buy list is completely free. So you get the complete transparency that you get with ETFs.

Here’s an odd comparison: Years ago, bands were trying to clamp down on bootleg tapes of concerts. The one group that was the opposite was the Grateful Dead, who reserved spaces for the people taping.

A Feared Film Blogger, a Dancefloor and a Dark Accusation