How Is ANOVA Used in Data Science

It takes a lot of effort to gather useful data, and even when you’ve collected some it can be difficult to extract the meaning of that data. Having a background in statistics, or at least a passing knowledge of it, is incredibly important when dealing with statistical data so you can separate the useful info from the outliers. One should also be wary of forged statistics, faulty surveys, and mishandled studies as well the desires of your consumer base if you are in product development. If you would like to learn more about how to interpret data using a statistical technique like analysis of variance, here is some info you might find helpful.

Even the name of the technique “analysis of variance” requires at least a little bit of an explanation. A variance is a statistical quality of any particular data set that, put simply, measures the distance you can expect to find between data points. In other words, a data set with low variance is going to have proportionally many more data points closer to that set’s average measurement than a set with high variance. To conduct this analysis you will need to decide on a Null Hypothesis and an Alternative Hypothesis. A Null Hypothesis, in this case, describes an outcome where there is effectively no difference between the groups or mean values that you are testing. If the Null Hypothesis is false, then your Alternative Hypothesis will be correct in that there will be a significant measurable difference from one group to another. If you plan on doing this analysis yourself, you should also brush up on your math skills if you haven’t done so lately as you will need to be familiar with concepts like summations and averages. 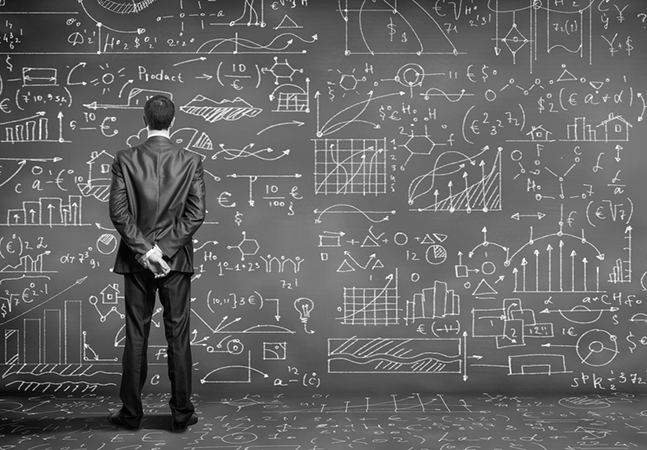 Conducting a statistical analysis like an analysis of variance is an application of math to the real world and you will ultimately have to contextualize your results. That being said, a skilled statistician may be able to provide more info depending on what you are looking for. Observations about your data based on whether or not your ANOVA was one-way or two-way can help you determine whether or not the relationship between your data sets is ideal and which variables are correlated with each other. ANOVA can also help you determine when there is a sampling error in your data set as well, which could potentially assist in making future data collection more efficient overall.

How ANOVA Is Helpful

Different tools are useful for different jobs. ANOVA in particular is used when you want to figure out how different one average sample is from another, and once you run an ANOVA you need to take a look at your data in the context of the problem you are trying to solve to get actionable information. If you are conducting a study on the effectiveness of a treatment, for example, you can determine if one group’s results is statistically different from the others. If your Null Hypothesis is correct then your work will be easier in the short term since you won’t need to put work into determining how one sample is statistically different from another, but regardless of which of the hypotheses are correct you should still have useful information to report after you finish your ANOVA.

ANOVA isn’t a universal solution, but if you need to analyze several sets of data in relation to each other then using a statistical analysis is, in many cases, going to be more useful than just trying to intuit a solution. Statistical analysis is free of human error that might otherwise exist if done correctly. Knowing how to properly read and interpret your data is important to onlookers as well, many of whom are rather skeptical of established statistics, so building objective and trustworthy analyses for your findings is a must.

By Anthony M. Smith
2 Mins read
Technology is revolutionizing the way that many companies do business. From cutting the costs of supply chains to improving the way that…
Internet

What Capabilities Are Needed to Implement the Internet of Things?

By Anthony M. Smith
3 Mins read
You’ve likely heard of the phrase “The Internet of Things”, but that doesn’t mean you know exactly what it means. So, what…
Internet

By Anthony M. Smith
2 Mins read
End results are important in the business world. But at the same time one needs to leverage assets in order to push…