The series against New Zealand at home and earlier one away against the West Indies were both a cakewalk. Neither really offered the sort of resistance that could put the Indian team under the cosh. England, though, is expected to be far tougher opposition. They got the better of India in its own backyard in 2012, winning that set of encounters 2-1. Thus India surely has a few scores to settle in the forthcoming five-Test series.

The selectors, and the BCCI, conscious of the need of the hour, seem to have got the Indian team better prepared and rested than the visitors, who went through a tough series in Bangladesh. They succumbed to the 19-year-old off-spinner Mehedi Hasan, who ran circles around them and picked up 19 wickets from two Tests, in the process inflicting on the Englishmen their first Test defeat in Bangladesh. 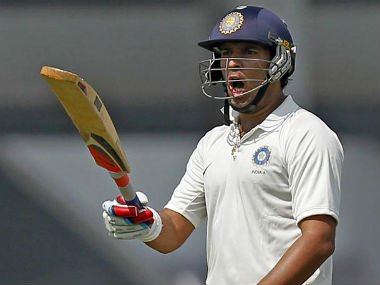 Mindful that the England batsmen would continue to struggle against spin, the selection committee headed by MSK Prasad has opted to field an experienced spin attack with Ravichandran Ashwin, who seems to be in the form of his life, as the undoubted leader of the pack. He should be as lethal as Mehedi, if not more, particularly as he has a bagful of tricks and experience. Skipper Virat Kohli who used his spinners wonderfully in the Caribbean and the home series against New Zealand would surely be eager to let Ashwin and Ravindra Jadeja loose on the visitors.

Jadeja, in Indian conditions, can be a handful. He bowls his brisk left-arm spin at the right place and has the variations to probe and torment batters. In fact, he would be the ideal foil for Ashwin on Indian pitches. Both are very handy lower middle-order batsmen, which makes them even more useful to the side. For good measure, Kohli also has the services of leg-spinner Amit Mishra to call upon. Mishra has not played too many Tests but is an experienced and wily bowler who could revel in home conditions.

The key to Kohli having three spinners in the playing eleven would probably hinge on the surprise inclusion of Hardik Pandya, whose exploits are almost exclusively confined to limited-overs cricket. It is possible that he could be used as the fifth bowler who could take the shine off the ball and then belt the rival bowlers for some quick runs. In such a scenario, the pitch would obviously have to be heavily loaded in favor of spinners, and thus, just one frontline fast bowler would suffice in the playing eleven. Kohli has a choice between Mohammed Shami, Ishant Sharma, and Umesh Yadav for that role. Bhuvaneshwar Kumar’s injury ruled him out of contention.

The selectors could probably have gone for Yuvraj Singh. The hard-hitting left-hander could have come in handy at number six against the left-arm spinner Zafar Ansari and leg-spinner Adil Rashid. He could have slammed them with the spin or even gone after the off-spinners Moen Ali and Gareth Batty on the relatively small Indian grounds. Yuvraj has been in roaring form in domestic cricket, scoring nearly 600 runs in his last four Ranji Trophy matches, including a mammoth 260 against Baroda.

The opening slots have been retained by Murali Vijay and Gautam Gambhir, owing to the continued absence of Rahul. The first two Tests present a great opportunity for them to consolidate their position. Interestingly, the team has been announced only for the first two Tests, at Rajkot (9-13 November) and Vishakapatnam (17-21 November).

The selectors probably expect those injured to be in the mix by the start of the third Test in Mohali (26-30 November), and hence the onus would be on the chosen players to ensure that they deliver the goods right away. The Indian team is spoilt for choice, and that, any day, is better than a paucity of it. The team: Virat Kohli (C), Murali Vijay, Cheteshwar Pujara, Ajinkya Rahane, Karun Nair, Gautam Gambhir, Wriddhiman Saha, Hardik Pandya, Ravindra Jadeja, Ravichandran Ashwin, Amit Mishra, Ishant Sharma, Mohammad Shami, Umesh Yadav, Jayant Yadav.