A council of finance ministers from India’s union and state governments on Wednesday failed to finalize the main rate of the goods and services tax. It will again meet next month, raising concerns that the new sales tax might miss April’s deadline. Union and state finance officials met for two days in New Delhi to resolve their differences over the rates and the administration of the tax. They will again meet on Nov. 3-4.

While the meetings could not break the deadlock, the contours of the discussions suggested India might end up with a tax structure with multiple rates. Experts say that the best taxes have to be low, flat rates, and few exemptions and warn that the proposed GST for India may – due to its relative complexity – deter compliance in a country where many businesses are skilled at minimizing their taxes. 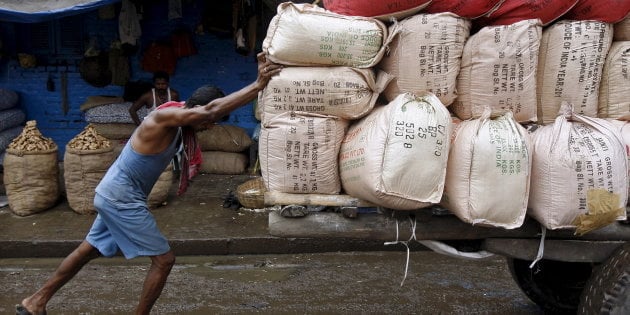 “Having more rates will complicate the situation,” said M.S. Mani, senior director at Deloitte Haskins & Sells LLP, adding uniform rates in states would simplify the current tax structure. The new tax is a signature reform of Prime Minister Narendra Modi to make India an investor-friendly destination. The measure would harmonize a slew of federal and state levies. Supporters say the rollout of the new tax would boost the country’s economic growth by as much as 70 basis points. But a compromise-ridden tax threatens to rob any potential gains.

At the meeting, some states sought to impose a surcharge on luxury products such as sparkling water and tobacco products to keep lower rates on essential food items, Kerala Finance Minister Thomas Issac told reporters.
But the union government did not support the proposal, saying it would have a cascading impact, a senior Finance Ministry official told reporters after the meeting. The ministry has proposed four tax rates, with the highest at 26 percent for about 20-25 percent of taxable items. Other slabs included 12 percent for food and fast-moving consumer goods (FMCG) and 4 percent for precious metals like gold.

Finance Minister Arun Jaitley, however, remained optimistic that the November meeting would resolve the differences, paving the way for the tax’s implementation from April 1. To hit that timeline, union and state lawmakers need to pass key bills in this calendar year. Even then, there will be a race against time to set up IT systems and ensure millions of businesses are ready to file returns online.

Secrets to an Amazing Role-Playing Game