New Delhi, Oct 3: A day after Indian Coast Guards apprehended a Pakistani boat with nine crew members off the Gujarat coast, Multi-Agency Centre (MAC) has issued the warning to states sharing a border with Pakistan. The MAC has warned states that two suspicious boats are coming from Karachi. According to MAC warning, two suspicious boats have left Karachi port and are either to Gujarat or Maharashtra coast. The Indian Navy and Coast Guard have sounded and are keeping a tight vigil to locate the suspicious vessels. The report of two suspicious boats coming towards the Indian’s side came hours after the Indian Army camp came under attack in Jammu and Kashmir’s Baramulla district. 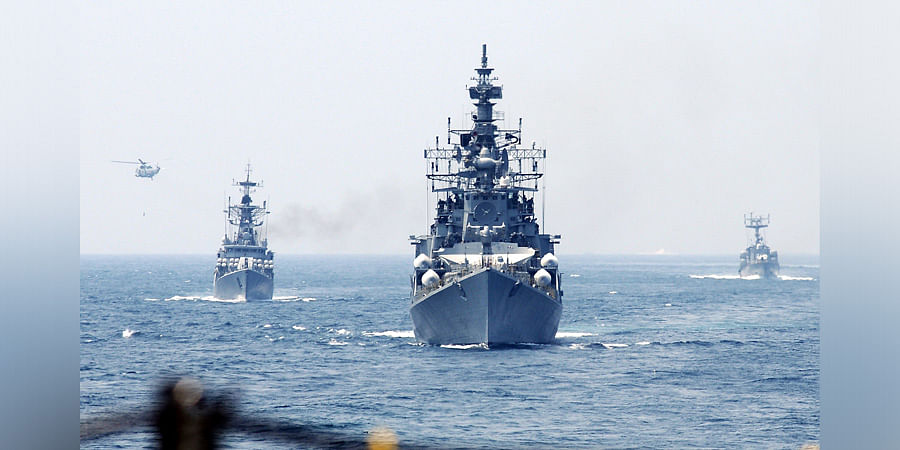 The MAC and intelligence gave the latitude and longitude of the boats to states, the Indian Navy, and Coast Guards. One of the boats has developed a technical snag and is holed up in Pakistani waters, said an India Today report. The MAC’s warning came a day after the Indian Coast Guard apprehended a Pakistani boat with nine crew members off the Gujarat coast. Coast Guard officials apprehended the crew members traveling in the boat as soon as it entered Indian waters around 10.15 a.m on Sunday.

India has been on high alert after intelligence inputs on possible attacks by Pakistan-based terror groups in the country post-surgical strike by the Indian Army on seven terror launch pads along Line of Control in Pakistan-occupied Kashmir. Tension escalated between India and Pakistan following the recent terror attacks in Jammu and Kashmir and the surgical strikes carried out by the Indian Army across the Line of Control (LoC) to destroy terror launch pads in Pakistan occupied Kashmir (PoK).

Indian Army neutralized a unspecified number of terrorists conducting surgical strikes across the Kupwara and Poonch sectors in the early hours of September 29. The military action followed the September 18 terror attack at an Indian Army camp at Uri in Jammu, and Kashmleavingleft 19 soldiers dead and many others injured.

How to hire an Airport Limo: Essential Tips to hiring an airport limo

Apple iOS 10.1 update erases health app data from iPhones, iPads; is there a way to restore it?