Singapore: Seventeen years ago, an Indian man from New Delhi mesmerized global corporations’ technology departments with a doomsday story many times more puffed up than the luxuriant crop of hair he sported.

The latter was a wig, and the former was just bad science fiction packaged by consultants as a $600 billion hair-raiser. But Dewang Mehta, the chief lobbyist for India’s fledgling software services industry, carried off both with aplomb, convincing businesses that their computer systems would crash at the stroke of midnight of the new millennium because old programs measured years in two digits instead of four. The solution, he persuaded them, was to let a horde of techies from Bangalore and Hyderabad go through each line of code and fix the Y2K bug. 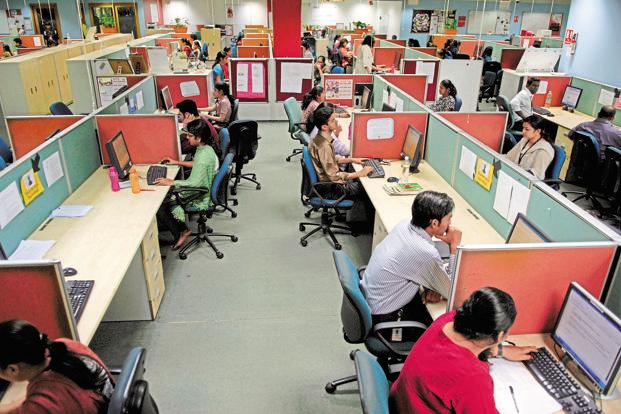 That was the birth of India’s massively successful software services industry, which died on Friday after a short battle with newer digital technologies. At the time of its demise, the business was worth $110 billion in annual export revenue.

The first hint that the end near came on Thursday when Tata Consultancy Services, the biggest Indian software vendor by market value, announced its business’s virtual stalling in the September quarter from the previous three months. After Infosys followed up by slashing its full-year revenue guidance for the second time in three months, it was time to turn off the ventilator.

A coroner’s inquiry unearthed three signs of decay, the first of which shows how Indian companies’ cheap-talent-fueled growth ran out of breath. In the four quarters before the collapse of Lehman Brothers, Infosys saw revenue increase an average of 29% in constant-currency terms. Back then, Dublin-based Accenture’s growth was just half as high. But there’s nothing exceptional about Indian companies’ expansion anymore. All that investors have heard from management this year is the gloomy commentary on how challenging it’s to get clients to open their wallets. When the companies make news nowadays, it’s more often for dodgy business practices, regulatory slaps on the wrist, and senior-level exits.

A slowdown alone wouldn’t have stopped the Indian industry if it had been able to embrace “smack,” or social, mobile, analytics, and cloud-based technologies. But the vendors wasted so much time defending their legacy business of writing code for and maintaining purpose-built enterprise applications that they failed to make a mark in the new digital world Page Design Hub.

As an analysis from Mint shows, the dominant trio of Tata Consultancy, Infosys, and Wipro had 1.5 times more workers doing digital stuff last year than Accenture. But the revenue they garnered was 40% less than what the latter chalked up from newer technologies. That makes the typical digital-tech employee of an Indian vendor 25% as efficient as his counterpart at the global consultant. This gap sets the clock back on Indian companies, which have taken years to narrow the productivity differential:

Maybe it’s just banking clients and their inability to pay like they once did. Or perhaps it’s a combination of weak global growth, Brexit, protectionism, and Donald Trump’s vacillating stance on US visas for Indian technology workers. Hoping that turbulence is temporary, investors are still paying a hefty premium for future growth. They may get lucky for a while. Still, a dead-cat bounce from delayed orders coming through would hardly count as proof of life.

The millennium scare got Indian software a foot in the door at global corporations. But now the shoe is on the other foot. Robotics and artificial intelligence are putting the vendors’ labor-intensive businesses at risk of obsolescence. Even if the concern is as puffed up as Y2K, with plenty of growth candidates in the Indian start-up world, at least for some investors, it may be time to back new horses rather than flog dead ones. Bloomberg.

Why enterprises are now opting for open source software