India is gearing up to become a massive player in the global app market.

However, a combination of inexpensive handsets, data-heavy apps, and a lack of relevant app content could be inhibiting future growth in the market, according to a study conducted by Google and TNS. This indicates that app makers will need to find ways to reengage smartphone users or risk getting lost in the upcoming app download deluge.

Here are the key takeaways from the report:

India’s app users are highly engaged. On average, nine of the 33 apps installed on Indian users’ devices are being used daily. While that seems low, compared with other, more mature, Asian smartphone markets, it’s substantial. For example, the average smartphone user in Japan engages with just 17% of all apps installed on their phone.
Relevancy is key to getting users to India to revisit a lapsed app. Sixty-one percent of users in India said they would come back to an old app if it increased relevancy, became more popular among family and friends, or gained new features, Google notes. Reengagement tactics like push notifications and frequent updates to add new features will help encourage users to revisit dormant apps. 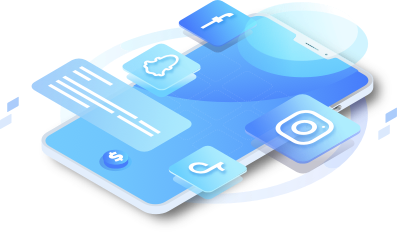 Lack of memory is making app users more selective. Forty-nine percent of users in India said that the main reason they deleted an app was that it took up too much of their memory. While Indian smartphone users are downloading five apps each day, they’re also deleting/uninstalling three apps to make space on their devices. This is because a majority of smartphones in India cost less than $120, according to Gartner. And, with the low cost comes much less internal memory, meaning app publishers will need to give users a reason to download and keep their apps.

Overall, the opportunity India presents is massive. Daily app downloads in India saw a 16% increase during the first half of 2016, according to a report from 9Apps, a third-party Android app distribution platform. Moreover, the total number of apps downloaded is projected to grow a staggering 92% from 2014, to reach almost 8 billion downloads in 2016 and 20 billion in 2020, according to App Annie. But developers and publishers need to ensure that their apps have been optimized for the emerging market. Mobile-app makers and content creators are vying for consumer attention in a crowded and noisy market.

Even if an app can stand out enough to prompt a consumer to download it from among a list of millions, it then faces the challenge of enticing him or her to use it enough times to recuperate development, maintenance, and marketing costs. To make matters worse, those marketing costs have hit record-high levels over the past year as discoverability has become more challenging. And while consumers are spending more time in apps, most of that time is spent on a few favorites. Consumers spend almost three-quarters of their total smartphone app time in just their three favorite apps, according to ComScore.

But it’s not all doom and gloom: There are numerous tools at a publisher’s disposal to engage and re-engage consumers, and new products and solutions are coming to market that can help alleviate some of the issues around this app engagement crisis. Jessica Smith, research analyst for BI Intelligence, Business Insider’s premium research service, has compiled a detailed report on app engagement that explores the current state of the app market, the issues around engaging consumers, and the tools at a publisher’s disposal. It also identifies best practices for implementing some app engagement tools and presents the pitfalls that some publishers fall into in this pursuit.

Here are some key takeaways from the report:

The app market today is challenging and volatile. It isn’t easy to stand out, and most apps have to be offered for free to entice consumers who have too much supply to choose from. This puts greater emphasis on engaging consumers after they’ve downloaded an app to recoup costs. Consumers are more difficult to engage today, as most have dozens of apps installed on their devices yet spend most of their time in just a select handful of favorites.

Emerging engagement technologies will change the current app engagement norms and present new ways for app publishers to communicate with users. The mobile ecosystem is changing quickly as technology improves and consumers become more comfortable conducting more mobile devices. In full, the report: Identifies the major challenges in today’s app market and explains why employing good app engagement practices is more important than ever before.

Examines the pros and cons of each app engagement tool while outlining some pitfalls that publishers encounter in implementing them. Prescribes best practices for adopting various app engagement tools or strategies. Assesses how the market will likely change over the next five years as emerging technologies change both consumer behavior with mobile devices and introduce new tools to engage consumers.