After claiming the earthquakes that have shaken the country, an Italian priest has angered the Vatican, killing hundreds and leaving thousands homeless, which were “divine punishment” for gay civil unions.

Fr Giovanni Cavalcoli, a theologian known for his hardline views, made the comments on 30 October, the day central Italy was struck by a 6.6-magnitude quake – the most powerful to hit the country in 36 years.

Italy earthquake: residents fear historic towns will never look the same.
It was the third major quake in the region in just over two months.

Cavalcoli told Radio Maria that the seismic shocks were “divine punishment” for “the offense to the family and the dignity of marriage, particularly through civil unions.” 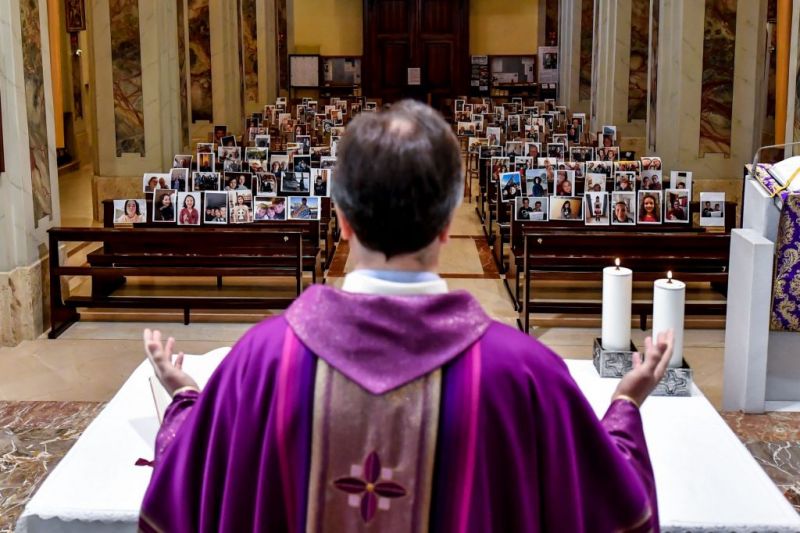 The radio station distanced itself from Cavalli’s views, and the Vatican has issued a stinging rebuke, saying the idea of a vengeful God was “a pagan vision” dating from “the pre-Christian era.”

Archbishop Angelo Becciu, number two in the Vatican’s powerful Secretariat of State, said Cavalli’s comments were “offensive to believers and disgraceful for non-believers.”

Becciu asked for forgiveness from quake victims and reminded them they had the “solidarity and support” of Pope Francis. However, Cavalcoli refused to back down, insisting to another radio station that earthquakes were caused by “the sins of man” and telling the Vatican to “read their catechism.”

It is not the first time comments by members of the Italian clergy have embarrassed the Catholic church. Last month a priest was suspended from his parish in Trento after apparently defending pedophilia during a live TV interview, arguing that “children often seek affection.” Fr Gino Flaim of the San Giuseppe and Pio X parish claimed he “understands pedophilia” but added, “I’m not sure about homosexuality.”

When asked to explain his comments, he told the La7 channel: “Paedophilia is a sin, and like all sins have to be also accepted.” He went on to describe homosexuality as “a disease.” Following his suspension, the priest said his words, “do not represent the positions of Trento archdiocese and the general sentiment of the parish.”

In 2012 another Italian priest sparked outrage by delivering a Christmas message that claimed women were to blame for men’s violence towards them because they wore “filthy clothes” and served “cold suppers.” Fr Piero Corsi put a leaflet on his church’s noticeboard in San Terenzio, northwest Italy, asserting that 118 women killed by men in Italy that year only had themselves to blame.

“Is it possible that men have turned crazy all of a sudden? We don’t believe so. The point is that more and more women provoke, fall into arrogance, believe [themselves] to be independent and exacerbate tensions,” the leaflet read.

“Children have left outside alone; homes are dirty, meals are served cold … clothing is filthy. They [women] trigger the worst instincts leading to violence and sexual abuse. They should do a self-examination and think: did we ask for it?”

The priest received a torrent of abuse after a scan of the leaflet was posted online, and his Facebook account was closed. Senior religious figures distanced the church from Corsi’s comments, and he was forced to resign.

Journalists arrested as Ankara steps up crackdown on dissent