After not so successful device IM5, the photography company Kodak will launch its new device Ektra  — a smartphone aimed at shutterbugs — that looks like a camera. Named after its 1941 rangefinder (and the 1970s 110 film camera range), the handset’s back is wrapped in “leatherette” with a slightly curved grip on one side, and a dedicated shutter button on top, Engadget reported.

To be available in Britain from December for 450 pounds ($550), the smartphone has a large, protruding lens that pokes out the back and a 21MP Sony sensor (IMX230) under the hood and is photographer-friendly. Kodak has recruited Bullitt, a phone manufacturer, to make the device. The camera app on the smartphone has a digital “Scene Selection Dial” that lets you access different shooting modes. 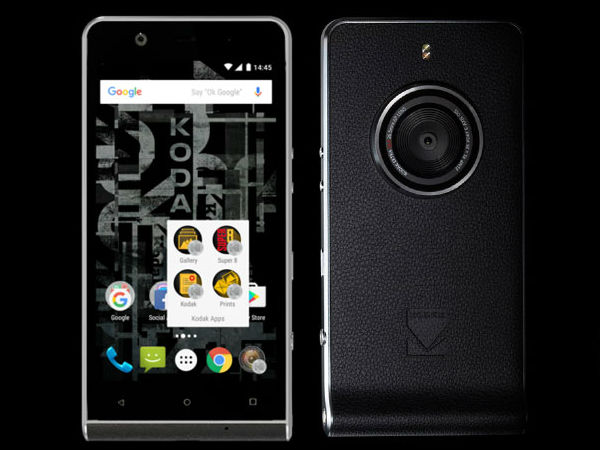 Bullitt has also made Snapseed the default photo-editing app, believing it is one of the best options on the Play Store. The phone is powered by a deca-core MediaTek Helio X20 processor and 3GB of RAM. It comes with 32GB of internal storage, which you can supplement with a MicroSD card of up to 128GB and a 3000mAh battery that supports “Pump Express” quick charging. The 5-inch 1080p display has a stock version of Android 6.0 Marshmallow.

Google will provide Android updates to Pixel phones for 2 years

Motorola lists phones that will soon get Android Nougat