The LG V20 is the first smartphone to come with Android 7.0 Nougat out of the box, and Gadgets 360 understands its India launch is imminent. While the exact date of the launch is yet to be confirmed, we can reveal that LG’s newest flagship is headed to the Indian shores carrying a price tag of Rs. 49,990.

The V20 was unveiled in San Francisco in September, and there has been anticipation around its India launch since before the official reveal. The LG V20 comes with a 5.7-inch main IPS Quantum Display and a secondary display, similar to what we’d seen on the LG V10. The secondary display on the LG V20 comes with a font size that’s 50 percent larger compared to the V10, making it easier to view notifications and alerts at a glance. 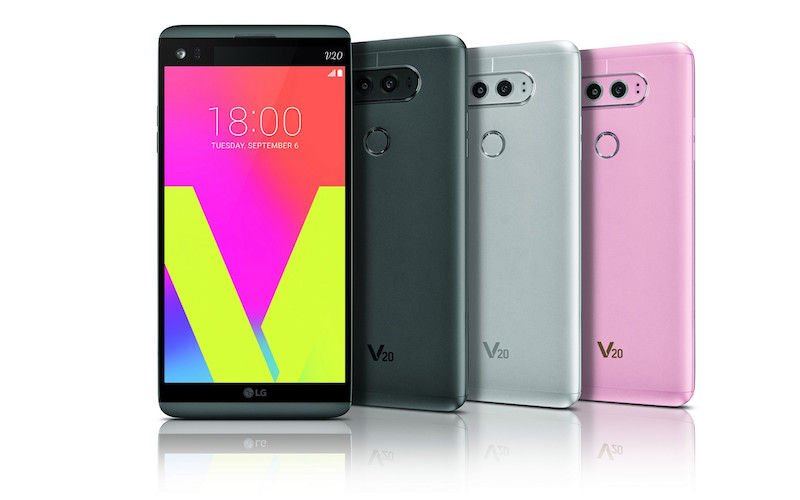 It packs a dual rear camera setup, a 135-degree 8-megapixel lens accompanied by a 16-megapixel 75-degree lens, accompanied by a 5-megapixel 120-degree wide-angle lens on the front. The Auto Shot feature on the LG V20 detects when you are smiling and automatically clicks a selfie. It comes with features like 32-bit Hi-Fi Quad DAC (with support for FLAC, DSD, DIFF, and ALAC file formats), HD Audio Recorder, and B&O PLAY speakers to keep the audiophile in you happy.

In terms of specifications, the LG V20 comes with 4GB of RAM and is powered by a quad-core Qualcomm MSM8996 Snapdragon 820, with two cores clocked at 2.15GHz and the other two running at 1.6GHz. It was launched in 32GB and 64GB storage options globally, with a MicroSD slot to expand it by another 256GB. A 3200mAh battery powers the LG V20.