Apple announced macOS Sierra back in June, and it will start rolling out to compatible devices today, i.e., Sep 20 at 10:30 PM I.S.T.

This comes right after Tim Cook unveiled the iPhone 7 alongside the iPhone 7 Plus and the Apple Watch: Series 2 at the Bill Graham Civic Auditorium in San Francisco on Wednesday.

After 16 years of service, Apple has finally retired the name OSX in favor of macOS to streamline its naming strategy. The unique names remain, though, and this version will be called ‘Sierra.’ macOS Sierra brings many new features and changes. The most important of them, and the one we have all been waiting for a long, long time, is the introduction of Siri on the mac.

Additionally, macOS Sierra also brings with it the ability to use Apple Pay through Safari, brings a raft of updates to Continuity, and the ability to unlock your Mac using your Apple Watch. 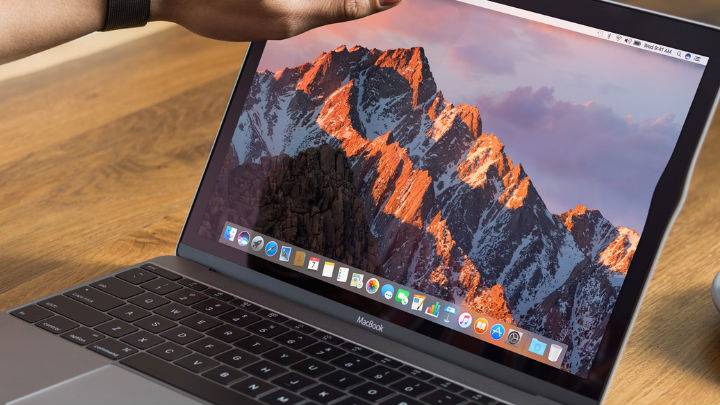 However, not all of these devices will take advantage of all the features of the macOS Sierra partly due to their age and partly due to planned obsolescence.

Mac OS Sierra brings with with with a couple of new features, the most important of them being Siri integration. Apple might be late to the game, with Windows 10 bringing in Cortana in 2015, but Apple promises powerful Siri integration across the operating system.

It will be available in the dock and the top-right corner near the spotlight and would be able to search the web, the computer, find photos, answer questions, set up reminders, and so on. Apple also highlighted how Siri could understand the context and follow-up questions in a conversation string.
Mac OS Sierra also brings with it the ability to use Apple Pay through Safari. As the current generation of Mac

Hardware lacks touch; users will authenticate their transactions through an iPhone or their Apple Watch.
Apple Pay is currently available only in the USA, UK, Singapore, Canada, and Australia, though Apple is working hard to increase its coverage of Alie Nation.

Apple also introduced a way for users to unlock their Macs seamlessly by using their Apple Watch for authentication and a way to make space on their macs by moving old and unused files to the cloud. Apple could bundle in higher capacity SSD’s, but that’s another story altogether.

In addition, macOS Sierra also focuses on interoperability across devices or ‘continuity. Sierra introduces a Universal Clipboard feature, where users can copy and paste content across all Apple devices. One can copy the text on the iPhone and then paste that text anywhere on their Mac!
Continuing their ‘continuity’ theme, macOS Sierra will also allow you to share your desktop across devices as well as save it to the cloud.

A new update always brings with it the possibility of bugs, compatibility issues with current applications, and some issues.

However, I have been using the beta for quite a while now, and it’s been going great. And macOS Sierra has been in testing for quite a while. Still, I do recommend taking a full TimeMachine backup of your Mac before installing Sierra.