Google on Monday pushed out an update to Maps for iOS that allows you to order food, add photos, and find plus codes with just a few taps. Search for a restaurant that works with area delivery services, swipe up from the bottom, and look for the “Place an order” option. A pop-up then asks you which service you’d like to use to place an order (DoorDash, Delivery.com, Seamless, or GrubHub, for example). Availability varies by country, though 9to5Mac says the option is open in most major cities. 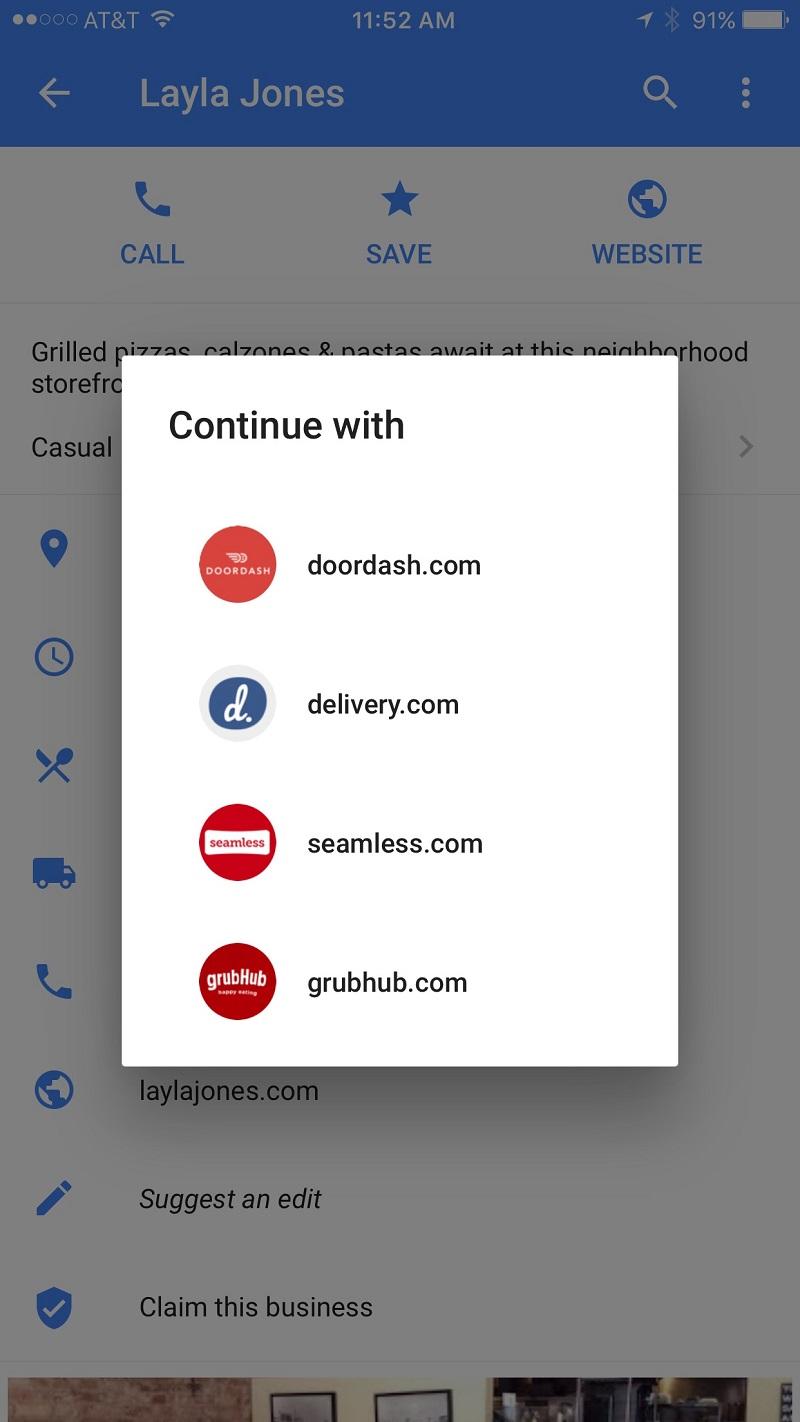 Order food in Google Maps for iOSWhile this could come in handy for folks exploring new areas (who don’t want the human interaction required when eating out). Most food delivery companies already provide a similar map feature on their website or app. Folks can also now find plus codes just by dropping a pin. Last year, Google released the Open Location Code (OLC) system, also known as plus codes—a way of representing locations that don’t have a specific street address. The same function reached Android users earlier this year.

In March, the Web giant added a ride services tab to Maps, offering Uber fare estimates and pickup times. Last month, it added to more options for folks in the US: Lyft and Gett. Google Maps for Android, meanwhile, recently replaced its traditional direction arrow with a shining blue beam—”a flashlight guiding your travels,” product manager Raja Ayyagari said at the time.