Gathering insights into mobile usage patterns, Samsung India has launched a new version of the My Galaxy application, an entertainment hub and life-services application for its mobile devices. The user experience in the new My Galaxy app has been significantly enhanced to provide an all-in-one experience to customers without having to access other apps for music, video, and other services. The new app converges several apps and services at a single interface. Developers at Samsung have incorporated several innovative features developed in India for the consumers. 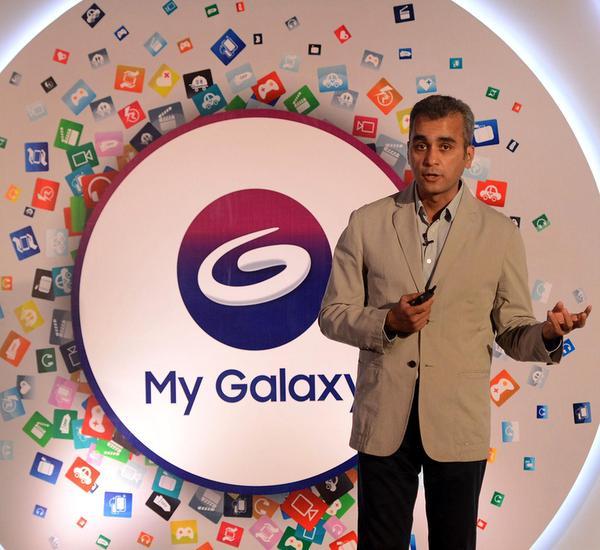 Asim Warsi, Senior Vice-President, Samsung India Electronics, said: “My Galaxy offers experiences across music, videos, and gaming, making it an entertainment hub. It integrates key life services such as recharge, bill payments, movie ticketing, cab, hotel, and flight bookings. He said research shows India will have over 200 million smartphone users by December. Of the 120 million who will be using 3G and 4G services and estimated to spend about 169 minutes on the phone per day on average.

Emerging as the second-largest market globally for smartphones after China, he said India is the fourth largest app market in the world after the US, China, and Brazil. Usage of apps shows different patterns have emerged, and the new app seeks to address them all. As a part of innovations made in India, the new Samsung phones will have power plan mode and rescue power mode, which have the feature of early alerts when the battery is low, he said.

Claiming a market share of 48.7 percent in the Indian smartphone market in terms of value as of August and seeking to consolidate it further, Samsung introduced a new smartphone Samsung Galaxy On Nxt, exclusively on Flipkart ₹ 18,490. The device packs a 5.5-inch screen, 3 GB ROM, 32 GB RAM, 16 MP and 8 MP front and rear cameras, and comes with a 3300 mAh battery.