This is a story about children’s sport. It’s about rugby. It’s about football. And it’s also about tennis and why one darling little girl didn’t get to play her tennis match last Saturday. The huge success of the women’s rugby sevens team in Rio is forcing the sport to rethink the way it’s played here in Australia. From this year, boys and girls can play together in rugby teams and, after puberty, girls can continue to play with boys in exceptional circumstances. I mean, who wouldn’t want Charlotte (Charlie) Caslick on their team? 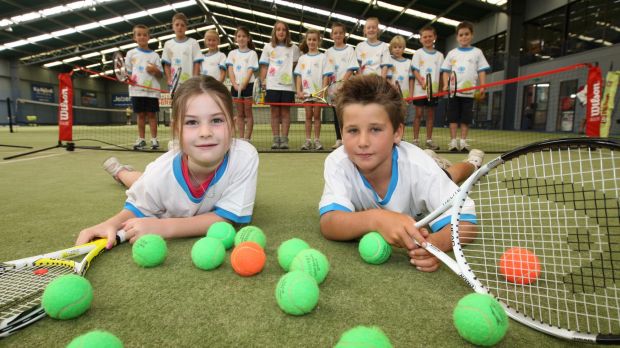 Summary show
Photo: Angela Milne
They just refused to engage in any real dialogue,” he says.

Children’s sport is changing and must change. The participation rate in some children’s sport has gone down so dramatically that if we want children to play, it needs to be inclusive, fun, and develop fitness. Even netball is now mixed, and primary schools in the ACT are welcoming boys to their teams, And that’s all fine in theory. You’d think that everyone would be on board. But sometimes, it’s hard for people to accept change, and that’s when the kids get hurt.
Saturday morning, thousands and thousands of kids are out playing a sport, and one of them is India Rasheed. She’s nine years old, and her dad Roger is one of the best tennis coaches Australia has ever seen. Remember when Lleyton Hewitt was the world No 1? That was Roger Rasheed’s handiwork. 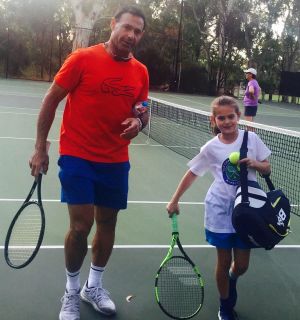 India was meant to play a match on Saturday, but the parent of her opponent had other views. That parent’s child is a boy. In this particular association – South Australia’s Eastern Districts Tennis Association – boys don’t play girls past the beginner level. That’s an Association decision. But India’s own club, the Burnside Tennis Club, selected her to play anyway. The families at Burnside think the rule about boys playing separately from girls is archaic.

I’ve only got Rasheed’s word for it – and his own very passionate post on his Facebook page. But he says that his daughter was excited to be playing on Saturday. She and her friend, a boy playing his second match ever, partner to win their doubles match. Then, he says, trouble began. His daughter, perfect for her age, was meant to play a boy in a singles match. The parent of that boy was not happy.

She [the parent] decided to take action herself because a girl was playing against the boys; she made phone calls to her club’s officials and aggressively took action in wanting the girl not to be a part of the fixture. Through my discussion with her, it was obvious that she had an agenda; she had zero interest in participation and kids just going out and playing a game of tennis on a Saturday. When I explained to her that this would be a great time to educate your son on why playing a girl is no different and to treat it the same, it continually fell on deaf ears, which was a shame.

His view? “She didn’t want her son to suffer a loss to a female potentially.” Now bear with me. I had a long conversation with Rasheed on Sunday night because I’d read about this and thought, hey, maybe here’s a stage dad. But the fact is that Rasheed had been trying to bring the Eastern Districts Tennis Association up to speed with what’s been happening in sport all over the world. He got nowhere with the president despite tRasheed’svolunteering to help the association make the change – not to benefit his daughter but to benefit all the kids. He was planning to assist with changes in junior pathways.

They just refused to engage in any real dialogue,” he says.

I interviewed a spokeswoman for the club on Sunday and, to be honest, I felt a bit sorry for her. Here she was, dealing with a legend of Australian sport. In all her years of working as a volunteer, she has never had to deal with an inquiry like this before. She says that the club votes on bylaws at the beginning of each year, and perhaps these bylaws could be changed for their area.

It’s hard to change but change they must – all sports must. Here’s why. There is no good reason to separate girls and boys in junior sport. None. Australia’s top pediatric exercise physiologist Geraldine Naughton, a professor at the Australian Catholic University, has been researching this for years. She tells us boys aren’t bigger or stronger until they hit puberty. And that’s about 13. Even then, one in 20 girls will still be able to compete alongside boys and win.
Until then, it’s completely ridiculous to separate the genders when they compete.

But there are sporting associations all over Australia that don’t separate kids from the beginning. This sounds like good sense. After all, we want kids to participate, and there are plenty of sports making headway in this area. The Australian Rugby Union is now following World Rugby’s rules, saying the sport must now be mixed until 13, and girls can play with boys after that in exceptional circumstances (did I already mention Charlie Click?).

The even better news is that the sport is now on offer in many versions across many states. The more, the merrier. And next year, rugby is trialing an “egg” version of grades. If you are in a particular age group, you will play against kids who are the same weight. Schools will be playing against other schools of similar caliber. This is awesome! Having watched teams get spanked 80 to nil, it’s no fun for the players or the spectators.

Naughton, the pediatric exercise professor, is firm: “As a pediatric exercise scientist, I can say there is no difference in speed, power, strength, even upper body power between boys and girls up unto the age of 13 … we cannot find differences between boys and girls based on physical quality. Even after that, there is still 5 percent of girls who can match boys in strength and power.

Boys are fitter at this stage – although video games may be closing the gap – that may be because we expect boys to play a sport—the time we expected girls to play sport too. So no evidence, so, therefore, no excuse. And she says most sports in Australia are pulling their weight. I am so proud of sporting organizations; they are doing their best to be inclusive. I am just so pleased. Heather Reid, ambassador for the Australian ‘women’s Sport and Recreation Association and with decades of experience in football, says, “Common sense should prevail.

It has to go to the heart of the person’s ability, not their gender. In a normal world, not all men are the same size or the same speed, nor all women. Reid has watched the female participation in football soar over decades, and she is thrilled.
As Rasheed says: “My No. 1 priority wasn’t my daughter; I’ve got to look at the big picture.