The travel, tourism, and hospitality sectors have been eagerly awaiting the government’s decision on goods and services tax (GST) and how it will get implemented in the country. While finance minister Arun Jaitley has finalized the four-tier tax slabs, the industry players continue to look for more clarity on how positively or negatively GST will impact their respective businesses. When contacted, executives from travel and hotel companies said they could not comment as precise details were not available to decipher the impact of GST on their operations.
According to taxation experts, the impact of GST on the tourism and hospitality sectors will completely depend on the slabs under which the various services are being taxed. 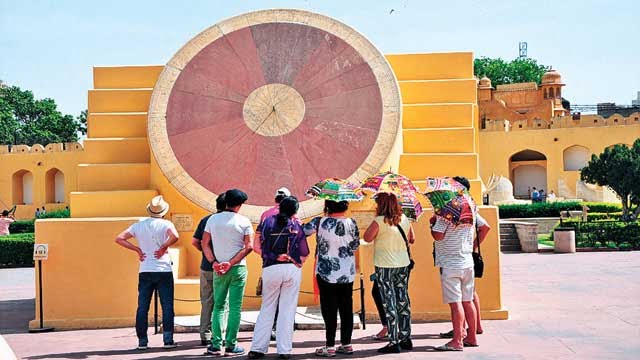 For example, said Divyesh Lapsiwala, tax partner – GST, EY India, the tourism sector is taxed at around 30% of the tour value (i.e., an effective rate of 4.5% service tax is levied). “It will be important to understand how such services will fit in the rate structure. The industry was also hoping that the government will bring in the TOMS mechanism, also called tour operator’s margin scheme, which is practiced in the developed markets,” he said. However, there appears to be no clarity on the TOMS mechanism getting introduced in India.

Secondly, agency services about air tickets – domestic and international – are taxed at 0.7% and 1.4%, respectively, on the base fare plus fuel surcharge. “It is not clear whether such presumptive rates will continue, and the impact of this on net tax cost to consumers,” said Lapsiwala. As far as the hospitality sector is concerned, the biggest concern for hotel companies is whether their outstation clients will get GST credit or not. “Currently, a firm in Mumbai can claim GST credit for holding an event in a hotel in Goa. Will that be possible in the GST regime is not clear,” said Lapsiwala.

For the consumer goods and durables industry, there seems to be a view that goods may be bucketed into two rates categories, viz. 18% and 28%. “The segregation and classification of goods will be significant for this industry, and a detailed description of what will get taxed and by how much will decide the prices of those goods,” Lapsiwala added.
Quoting revenue secretary Hasmukh Adhia reports suggested that service tax is likely to go up from 15% currently to 18%. “Its applicability on all the services will certainly make services expensive. In fact, services taxed at lower rates may also get impacted (like transportation) unless a framework similar to current service tax regulations is put in place,” said Lapsiwala.

While the details of the rates, categories, and schedule equivalent are awaited, the first reaction to the slabs is a thumb up for the consumer essentials and other products, said Anil Talreja, partner, Deloitte.”This segment is large and voluminous and captures the local consumer and hence should be given heavy weight. This will result in an overall improvement of the cost structure and possible impact on prices. There would certainly be more pressure on the manufacturers to pass the benefits on to retailers and the ultimate consumer. Consumer electronics and luxury segments are something that needs to be carefully seen,” said Talreja.

Dalai Lama free to travel to any part of India, says BJP