Kolkata. Sep 22: A blogger from West Bengal, Tarak Biswas, was arrested by the police to commit blasphemy against Islam. Tarak Biswas was arrested for writing a critical post on Islam on social media. The arrest of the freethinker blogger came after a local Trinamool Congress leader Sanaullah Khan registered a first information report with the Howrah Police for mocking Islam. Tarak Biswas was charged under sections 295 An (insulting religion), 298 (hurt religious feelings) of the Indian Penal Code as well section 66, 67, and 67A of the Information Technology Act (posting and sending offensive messages).

Tarak Biswas had written a critical post about Islam on social media, after which TMC leader Sanaullah Khan registered a FIR against him for hurting religious sentiments. Police arrested Tarak Biswas from his residence in the wee hours of Thursday night. A local court later sent Biswas to seven days of police custody. “Sanaullah Khan had registered a FIR against Biswas for hurting religious sentiments. Based on the complaint filed, we arrested him. Presently he is in police custody,” a senior police officer of the Howrah Police Commissionerate told DNA E-Live Net. 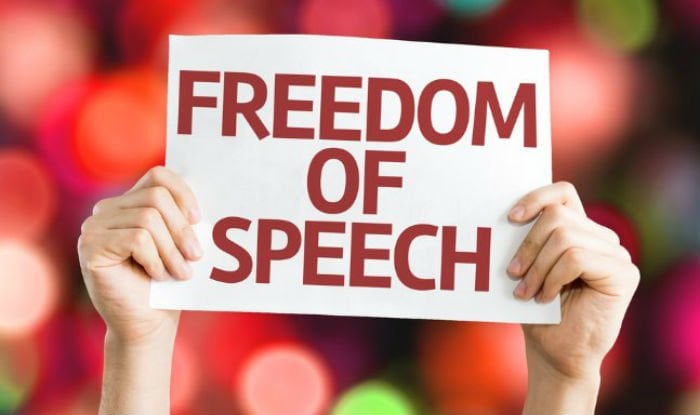 The arrest of Tarak Biswas triggered outrage in West Bengal, with many taking it as an attack on freedom of speech. The human rights group Association For Protection of Democratic Rights condemned the arrest of Tarak Biswas and questioned how police picked him up. Our investigation today revealed a gross violation of human rights in Tarak Biswas’s arrest. Tarak was ‘kidnapped ‘ by police from Kallyani. His family was not informed of the arrest, nor any arrest memo issued. Mandatory notice before the arrest was not issued. So, in addition to a violation of the fundamental right of free speech, police violated all mandatory supreme court orders regarding an arrest of a citizen,” Ranjit Sur of APDR said.

People on social media also came out in support of Tarak Biswas and condemned his arrest. “Utter shame and outrage in Didier Shonar Bangla. An independent blogger Tarak Das was crusading against all kinds of blind faith, religious malpractice of all religions for some time. Now, the police have arrested him! Within a short time, the administration will bring the situation where atheists and independent thinkers will be butchered at will by fundamentalists like they have been doing in Bangladesh,” wrote social media user Supriyo Lahiri.

Tarak Biswas is a self-styled follower of muktomona, a rationalist Bengali philosophy that Islamic fundamentalists in Bangladesh have earlier targeted.