NAGPUR: When computers were a relatively new concept in Nagpur during the 1990s, Pramod Bhalerao, a physically challenged professor from the Government Institute of Science, was in much demand, on account of his mastery over the machine. He decided to dedicate his expertise and vast knowledge of computers to the welfare of disabled and handicapped youths from the city.

A senior life member of the Computer Society of India (CSI) and Fellow of the Institute of Electronics and Telecommunications Engineers (IETE), Bhalerao has trained nearly 500 disabled youths that helped them secure jobs. After being nominated as an expert member of the Department of Electronics and Accreditation of Computer Courses (DOEACC), an autonomous scientific society under the Indian Ministry of Communications and Information Technology, Bhalerao helped open 15 training centers in the 1990s. The retired lecturer in physics spoke to TOI about his life, struggle, and success. Excerpts from the interview: 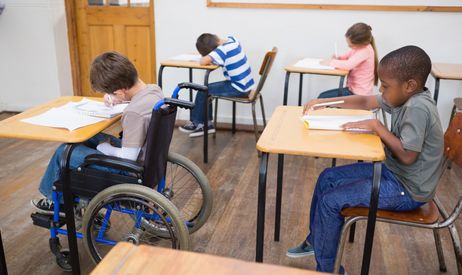 Summary show
Q. How did it all start?
Q. Was it difficult to convince disabled persons?
Q. How many students have you trained so far?
Q. You also spoke about training a blind student at Dba Press.
Q. But why were only handicaps trained?
Q. What are your other activities now?

Q. How did it all start?

A. Since I had a problem in one leg, I was well aware of the problems faced by those with disabilities and always wanted to do something for them. The opportunity came when computers were introduced in the city. I got a rare chance to learn computers and use my knowledge for the benefit of needy persons. I suggested opening a computer lab for disabled students at our college. The then director and support staff well supported my idea. However, funds were a major crunch. At that time, I got a chance to participate in an international conference in Vancouver in Canada as a resource person. I put forward my concept of providing computer training to the disabled. All liked it, and I received USD 20,000 aid from the United Nations to open a computer guidance center for the disabled.

Q. Was it difficult to convince disabled persons?

A. After receiving the aid, I started the computer communication and guidance center at the Institute of Science. It was perhaps the first such center in the city in the 1990s. Obviously, there were many difficulties initially, as computers had to be kept in air-conditioned rooms. When the machines came in 1994, there was a huge rush to catch their glimpse. I still remember curious people who used to ask me whether they could touch the computers. We relentlessly pursued our objective and succeeded in attracting the disabled. Slowly, the center gained popularity, and many students started approaching it.

Q. How many students have you trained so far?

A. Roughly 480 until my retirement. They comprise physically challenged, visually impaired, and hearing-impaired. The technical training they got proved to be a boon for them that changed their lives and society’s outlook. A few years after the training lab opened, about 60 of our students were placed in government and private sectors. Other students established their own desktop publishing and computer typing agencies in the city.

Q. You also spoke about training a blind student at Dba Press.

A. One visually challenged student was trained in draft preparation with the help of a speech synthesizer wherein the computer used to speak out the sentences she typed, enabling her to make corrections. She is now practicing at the Nagpur bench of Bombay High Court. A speech dialogue was demonstrated between a hearing-impaired and a normal person with the help of a speech synthesizer, which received a good response from blind students. Visibility testing workshops were also conducted from time to time in which impaired students participated, and their vision was tested with the help of software. Students with 10%-20% of visibility could see the images on screen and were thrilled by the experience. Subsequently, that software was recommended to blind schools.

Q. But why were only handicaps trained?

A. We granted them an opportunity, as they’re heavily dependent on others’ help. But I also conducted training programs for high court judges of the Nagpur bench at Judicial Officers Training Academy (JOTI) in Civil Lines. Moreover, training was imparted to staff deputed by Mantralaya from Mumbai. I also conducted the training session for various bank staffers. As an expert DOEACC member, I encouraged the opening of more computer training centers in the city.

Q. What are your other activities now?

A. I have retired and can’t walk without somebody’s help. Even my age is fast catching up. But I still give guidance to youngsters who come to me with difficulties. I am fond of reading and impart knowledge to youths. When my old students like those from the Adani family come to me, it makes me happy.