The content and tone of the letter claimed that India has “given you (Fawad Khan and other Pakistani artists) more money in two years than what you could have possibly earned in Pakistan in 10 years. We have given you the recognition that you would have never been able to earn sitting in Karachi. We made you act in great movies; we helped you endorse brands. And hey, we also made you a bigger star in Pakistan,” among. 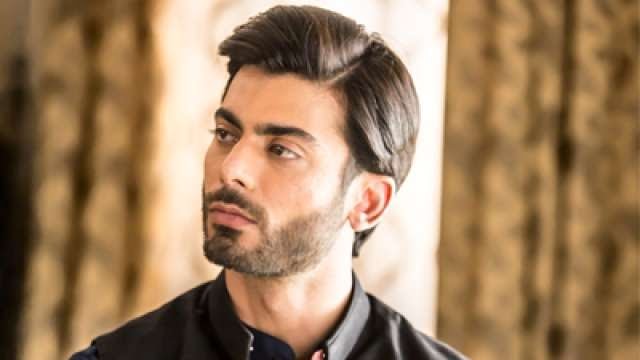 Now, a Pakistani blogger has hit out in reply to the Indian journalist with an open letter titled, “Dear India, our actors don’t need Bollywood to become stars” in an attempt to discuss the “blatant misconceptions” of the said journalist.
Excerpts from the letter:

“I don’t know whether it’s a tragedy or a comedy that you are intent on portraying Bollywood as a resort for all unemployed Pakistan artists. Heck, you make it sound like a charity that would have put the late Abdul Sattar Edhi to shame.” “…it’s convenient to pin-point a successful Fawad Khan…but, not a failed Veena Malik or a Meera; who ran out of work in Bollywood as soon as they started since they couldn’t impress your audiences.”

Sushant Singh Rajput, Maharashtra Navnirman Sena (MNS), MS Dhoni – The Untold Story, Nadira Zaheer Babbar, Raj Babbar, Anupam k ” Bollywood takes what sells. It isn’t doing any great service to the artists of my nation by hiring them out of pure sympathy. Just see the comments on the trailer of Ae Dil Hai Mushkil on YouTube; the people of your country are swooning over Fawad Khan so much that at places, they even seem to over-shadow the lead of the movie.”

“You take the credit for making a superstar out of Fawad Khan ever so smoothly. But there’s a hitch: Fawad Khan was a superstar in Pakistan right when Humsafar aired in our country. All his subsequent serials were TRPs smashing.”
“Deepika Padukone didn’t become a superstar after landing a role opposite Vin Diesel; it was her credentials as a superstar that got her there. And I see no way how you can take the credit of his stardom for something as forgettable as Khoobsurat, a flick that was duly bashed by all your critics (“great films” you say, I reserve my comments).”

“India didn’t make Fawad Khan a superstar; it roped him in because he was one already and marketed the product where the demand was brewing already. Mahira Khan is another sweetheart of Pakistan. These are the highest-paid celebrities in Pakistan, and the latter’s film in India hasn’t even been released yet. The last point was just for your notice in case you try to claim Mahira Khan’s stardom in the future too.”

“Can you please tell me how many Pakistani films have graced the screens of your country lately? While we have seen almost every Indian film playing in our country, if one of our films is lucky enough to be given the green signal by your country, it lands in trouble.” “Expect us to screen a Phantom in our country only if you agree to show a Waar in yours. We also know that all Pakistani channels are banned in India, despite you agreeing that Pakistani serials are way better than Indian ones.”

“We have even had Indian singers on our Coke Studio, which is the rage all over the sub-continent. Kareena Kapoor, Sonam Kapoor, Nargis Fakhri, Sidharth Malhotra, Amrita Arora, Arjun Kapoor, and many others have been a part of our advertisement campaigns, and you know better, those things pay quite well.”

” You play the higher ground by narrating how Pakistani artists have been showered with love in India. You might not have gotten to see that. Still, every single Indian celebrity who has ever come to Pakistan has gone back waxing lyrical about the sheer amount of adulation and admiration they’ve received in Pakistan.”

“And now, the most important point, you charge Fawad Khan for not denouncing his own country but getting away with the charming smile of his every time. Except that that isn’t his job. How would you feel if Hollywood starts seeking an apology from Priyanka Chopra every time an Indian is lynched for eating beef in your country? It’s not the job of artists to do what politicians are supposed to do.”

“Fawad Khan doesn’t have to carry the baggage of his nationality this way, just as you don’t hold your celebrities accountable for the actions of your state.”

“When your celebrities don’t take it upon themselves to apologize for something their state is doing, why should Fawad Khan take the responsibility of something his state isn’t even directly involved in? You try to be a humanist, but all you end up becoming is a hyper-nationalist jingoist.”