The failure of the Indian education system is stark when seen in the light of the fact that thousands of students every year go abroad for a college education. European universities and even the European governments seem to have a more definite plan for Indian students than India. A graduate degree in India is mostly a farce in most colleges. There is hardly any education imparted, and it is seen as more a stepping stone for masters or a necessity to do something else. Students file into colleges spend their time in everything but education. Courses are outdated, and the faculty is inept, illiterate to the changes around them.

A recent experience in Guru Gobind Singh Indraprastha University really brought all these issues upfront. The outreach cell of the university organized a seminar on globalization. It roped in a public sector company as a sponsor, tied up with a one-person think tank from Chandigarh. Invited to speak, I was piqued as it seemed like an interesting effort. It seems only the invitation was genuine. Neither the university nor the organizers were actually interested in a seminar. All that they were interested in was getting to know a minister. The obsession of academia in Delhi with politicians is not new. Most faculty appointments are at the behest of the politicians. Huge physical infrastructure but the inferior soft infrastructure is not just true of public universities like Guru Gobind Singh Indraprastha, but it is even worse in private universities. 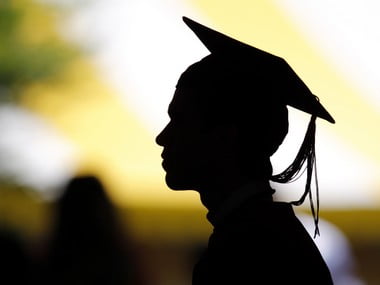 The highway from Delhi to Roorkee is dotted with shells of buildings posing as private universities. Actually, on any national highway anywhere, if you see a glass or fancy building with nothing around, it will be a private university. Everything is new and shiny, designed to grab a student’s attention. Large rooms are labeled labs with hardly any equipment inside, a huge campus with a skeletal staff, and even less faculty.

As of 2014, there are 677 universities, 37,204 colleges, and 11,443 stand-alone institutions in India, as per the statistics from India’s HRD ministry website. There is no dearth of institutions willing to give a degree of money; education or skills are not the concern. Higher education is in rot at all levels, and the irony is that these numbers are touted as an indication of the prowess of our education system. Not a sign that this rapid mushrooming has created an edifice that is destroying an aspirational class. There are very little debate and discussion on the fact that our higher education system has completely collapsed.

A study done by a private body says that approximately 18.43 percent of engineering graduates are employable, which means 80 percent of them are unemployable. The situation is worse for plain graduates, and that is where the real malaise lies. Employers say just 5 percent of the graduates in other disciplines are actually employable. What these figures mean is that in sum, higher education or college education has collapsed. Do we see any concern around this collapse? NO.

The IITs, AIIMs, IIMs, are cited as examples of success, not because they have great faculty but also because of them. How many faculty members from our so-called Institutes of National Importance have done anything worthy. A committee under Anil Kakodkar was formed in 2011 to revamp the 30 NITs, the second rung of the IITs, and not the 37,204 colleges or the 11,304 institutions. According to the preamble to this committee, the rationale says that these 30 NITs can aid in ‘nation-building.’ So what will the lakhs of students in thousands of colleges do? If they are not involved in aiding the nation-building exercise, then we have a much bigger problem on hand.

Kakodkar’s report is a bundle of homilies, generalities, and advice from geriatrics. It was submitted in 2014 to the then Education Minister Smriti Irani. Here is a sample of the Kakodkar committee’s recommendation: “ICT for the NITs acts like a force multiplier. NITs must deploy and upgrade the IT infrastructure and associated facilities. Each institute must facilitate extensive use of computer-aided / on-line teaching, virtual labs, e-learning resources, connectivity with National Knowledge Network, etc.”. This is a recommendation in 2014, in the world of MOOCs, Coursera, and availability of free lectures from MIT or any other university of repute. In a world of mobile internet, ubiquitous internet access. It’s recommending a National knowledge network !! Will a student go there or see and hear the latest lecture from a noble laureate. Even the term ICT referring to Information computer technology harks back to the ’60s when some committee members actually did their education.

This is the saddest and the most ironic part of higher education. The system is ossified because of its sheer reliance on age, hierarchy, or seniority. At the same time, the world that their students live and learn in has changed. Higher education will not be revived or pulled out from the depths of its failure by people who do not have a stake in its future. A retired nuclear scientist, more than a bureaucrat, should not be recommending anything about the future of anything, let alone higher education. Bureaucrats should be kept far away when it comes to reinventing.

While we struggle with higher education, Europe seems to be eyeing the conscientious Indian student. More and more students are now traveling abroad for education. Earlier costs used to be the big barrier for foreign education. But as our higher education system is collapsing, other countries are seeing it as an opportunity. German chancellor Angela Merkel has approved a six-year plan to attract Indian students to Germany. Under fire for her liberal immigrant policy, she pushes German universities to attract Indian students waiving off tuition fees for them. Daria Kulemetyeva, Germany’s largest public university, Georg-August-Universitat Gottingen, says Indian students will have to pay just the administrative fees of 300 euros per year if they are selected in a course. The travel and accommodation costs are separate. The rationale, according to Kulemetyeva, is to seek diversity in the student population.

Spain has formed a consortium of four universities to target Indian students. Matilde Delgado Chawton represents Universidad Autonoma De Madrid, one of the leading universities part of the consortium. She says that the gaps in higher education in India mean that only a small number of students get access to quality; we are looking at bridging those gaps by offering quality education with European exposure. Spain is also looking at funding Indian students. Indian students have traditionally looked at just US universities for graduation; now, they have more avenues opening up.

If India does not look at the collapse of its higher education closely, not only will we be leading to a new brain drain but a collapse of aspirations. This is especially of concern to the new government that has come to power on the rise of this aspirational class.

Answer to India’s transformation lies in its education system: Javadekar