A 36-year-old inmate at Bhondsi jail — serving a life sentence for the murder of his wife in 2007 — proved to be an asset for employees at the facility after he managed to tweak software, sanctioned by the government for use at the prison so that it gave them all the information they needed “in a single click.”

Rohit Pagare, a Shri Ram College of Commerce (SRCC) alumni and a chartered accountant by qualification, has been lodged at the prison for the last “eight or nine years.”

Harinder Singh, Superintendent of the Prison, describes him as an “outstanding” inmate and says Pagare tweaked the software at the recommendation of staff at the facility. The software, which was earlier only used to mark attendance, now also provides information about an employee’s career history, such as his earlier postings, awards appreciating his work, charge sheets against him, as well as the terms of his current posting, including the number of leaves he has taken and his attendance. 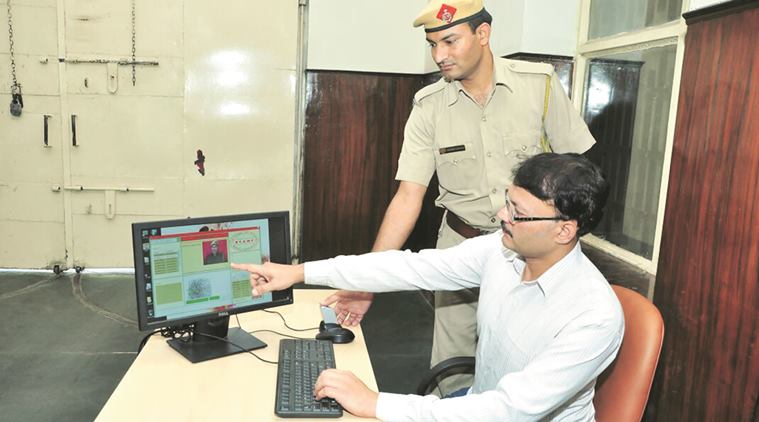 “He has modified the software so that it is like an electronic service book for us, where we can get all the information we need in a single click. It has reduced our workload and also helped to fix accountability,” said Singh.

According to Singh, the original version of the software, made by the National Information Centre (NIC), is currently used in all departments to mark biometric attendance. “We had also started the same at our facility, but there were some issues with it. A normal office works in a 9 to 5 shift, but in our case, there are no such fixed hours,” said Singh.

In 2013, Pagare had assisted another inmate, Amit Mishra, a software engineer who was later acquitted, in making a prison management software called Phoenix. This was later among the four approved by the Ministry of Home Affairs for use in the prison department.

“Since Pagare already had some experience with that kind of work, we suggested he modify this software as per our requirements,” said Singh.

Page started working on the software in December, and by February, it had been implemented on a trial basis at Bhondsi jail. Authorities intend to extend its use and implement it within the prison department across the state within the next six months, said Singh. Minor kills schoolmate