At a recently held conference on Education for Sustainable Development (ESD), one of the plenary speakers in Ahmedabad highlighted the need for Environment Education (EE) to be political. EE had been away from politics for long, and this, she said, had rendered it weak. Participants were quick to raise questions about the risks this could pose of complicating the issue further, especially given the facilitators’ ability to deliberate on such topics.
The speaker’s response was unambiguous. On the one hand, students today have access to most of the information – from the internet and other sources. On the other hand, the onus lies on the facilitators to upgrade their skills and communicate the issues responsibly in an apt manner. 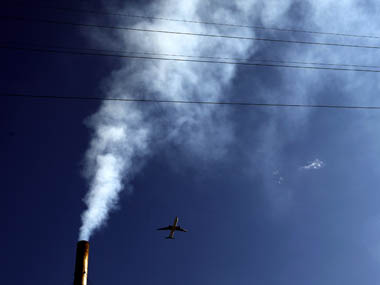 In other words, not talking on the topics was neither an option nor a solution. To underscore her point, she stated how the Cauvery issue could have been discussed with students by talking about factors that had led to the current scenario. Be it the increase in area under ‘summer rice’ in Tamil Nadu, rise in the area cultivating sugarcane in Karnataka, or expand Bengaluru not maintaining its lakes but seeking water from Cauvery.

Environment education in India. Representational image. ReutersRepresentational image. Reuters
The other issue she raised was that EE was practiced in an unduly polite fashion. Dropping uncomfortable topics did not help EE. Students, who came in SUVs, for example, had to be told that they were not helping the environment. The pollution caused by their vehicles, which most of them did not even carpool in, had to be highlighted. Most of them from elite schools were in a position to influence their parents on such decisions. The elite schools needed to know that, amongst schools, they were the worst polluters.

The session brought out the need to take risks and venture on fresh paths. These debates needed EE’s hour, which needs to reinvent itself and respond to the changing times. However, addressing these issues alone may not help unless we address the larger issue at hand.

We appear to be good at moving from old terms and settling, albeit temporarily, on the new ones. ESD has replaced EE by being more encompassing and holistic. At the same time, Sustainable Development Goals (SDG) are more evolved and tuned in today’s understanding than the Millennium Development Goals (MDG). However, is there any merit in jumping to fresh terms if we do not question the paradigm within which they operate? Terms which, as the discussions brought out, not many beyond the proverbial choir are bothered about!

Our alienation from nature, today, to a significant extent, is the consequence of an ‘education system’ that is the factoid, data, and information drove, devoid of attention to understanding the interconnectedness that is integral to all life forms. The primary goal of this ‘education system’ is to churn out ‘graduates’ who will fit into the economy (read contribute to ‘growth’ and ‘development’).

That we are failing even in this is a separate discussion. Given that EE or ESD is taught within this system’s ambit, the space they occupy and the scope they harbor will be dictated by the economy. The question then is that in an economy fuelled by ‘growth’ and ‘development,’ what the relevance and impact of EE or ESD are? Especially when the state’s own vision of ‘development’ myopic and, for a large chunk of the population, the term is synonymous with roads and jobs.

Firstpost asked one of the participants, after her presentation, whether her recommendations would make an impact given the larger system in place and if the system should be challenged. “They may not, but we have to work within the system,” was her response Globeinform.

Have we got tuned not to question the system? What then of the ‘critical inquiry’ within Environment Education? Are we unwilling to question our lifestyles as we fear the inconvenience it will bring upon us? After all that we have brought upon the planet, do we expect an easy way out? Nothing comes for free, surely not a better future.

The SDG does not explicitly focus on ‘reducing consumption’ or question ‘growth,’ and unless we do that, the scenario appears bleak. In a perfect world, it would be possible to increase GDP, factory output, and other positive indicators of growth on the one hand and improved ecological conditions on the other. In the imperfect world we inhabit, history has taught us that this is anything but a realistic expectation.

The current scenario is akin to running on a track with the finish line moving further faster. By the time we will have achieved limited success (assuming we do), our actions, lifestyles, decisions will accentuate the threats and bring forth a scenario that warrants even more attention! We not only need to run but also ensure that the finish line remains static. Environment Education, in its current form, does not appear to be helping.

Answer to India’s transformation lies in its education system: Javadekar