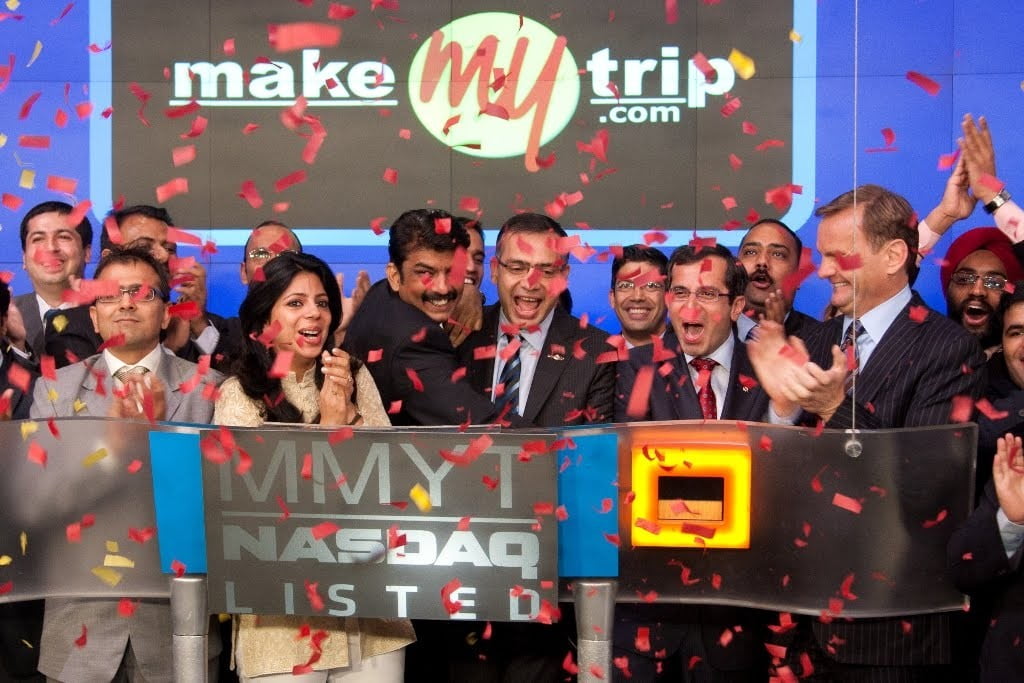 Through a jointly owned holding company, Naspers owns 91% of ibibo, while Tencent owns the remaining 9%, the companies said in a statement. A MakeMyTrip spokeswoman declined to comment Wednesday on whether the same breakdown would pertain to the stake in the new firm. According to the Nasdaq website, MakeMyTrip had a market capitalization of $1.24 billion at market close Tuesday. The companies didn’t provide value for the deal, and the spokeswoman declined to comment on it.

The deal should “unlock value” by “combining the complementary strengths of each business,” the companies said, adding that the transaction should close by the end of December, subject to approval by shareholders and regulators.
The deal is a “game-changer” for MakeMyTrip since it combines the top two players in India’s online travel sector, which has been “hurt by high burn rates resulting from the high competitive intensity,” wrote Jefferies analyst Arya Sen in a research note.

Gurgaon, India-based MakeMyTrip, offers bookings for flights, hotels, buses, and trains. Ibibo, also based in Gurgaon, says it is India’s largest hotel booking site and provides flight booking and other bus ticketing and car-sharing services. The companies said that the startups’ services combined were responsible for 34.1 million transactions in the 2016 fiscal year.

India represents huge potential for technology startups since many people are now getting online for the first time. Many startups have been burning through cash that they have spent on advertising and discounts to woo new users, but venture capitalists have been starting to tighten the taps in recent months.

According to data from CB Insights, investments in India’s startups plummeted 69% to $1.05 billion in the third quarter of this year from $3.41 billion a year ago. Analysts say, investors, eager to see a return on their investments, are pushing startups to become profitable, leading to consolidation as peers gobble up one another.

In July, prominent Indian e-commerce firm Flipkart Ltd. bought a smaller rival, online retailer Jabong, for $70 million. That deal came amid rapid expansion in India by Amazon.com Inc., which has said it will invest $5 billion in India.
In August, Bangalore, India-based ride-hailing service Ola said it was laying off hundreds of workers at a fellow operator, TaxiForSure, bought in 2015. That move came as U.S. titan Uber Technologies Inc. has been boosting its efforts to win new riders and drivers in the country. In January, online classifieds portal Quikr said it acquired property listings portal CommonFloor.