Award-winning singer and music composer Papon, who became a member of Saavn’s Artist-in-Residence (AiR) program this month, said that Indian music has gone beyond classical and Bollywood. Talking about the constantly changing scenario in the world of music, the singer said: “Indian music is changing, and people have a new idea of India through the music that is coming out of the country. Globalization has made people more aware, more accepting of new trends. Indian music is no longer just classical or Bollywood.” 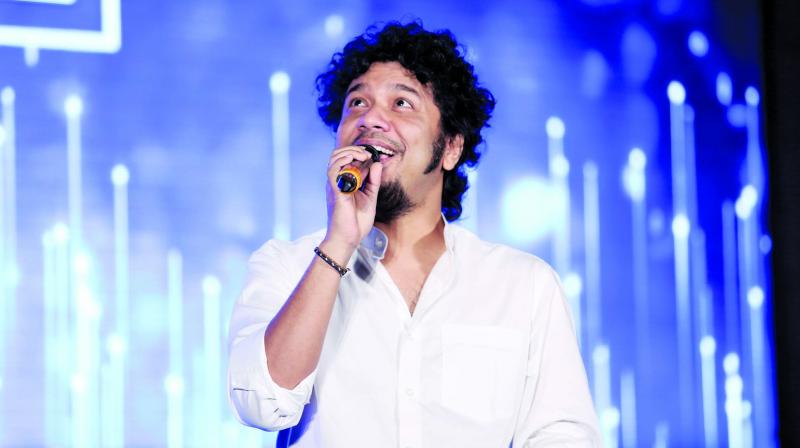 Talking about choosing Papon as the singer of this month Vice President of Entertainment and Original Content at Saavn, Gaurav Wadhwa said, “Papon is an icon in the Indian music scene. We trust that his unique ability to transcend traditional music genres will resonate with our fanbase and continue the AiR legacy.”

Supporting the Saavn initiative, Papon said, “The idea is to come together and work on interesting projects and make them possible. I fully support their idea of enabling artists to translate ideas into music and helping it reach an audience worldwide. This association has also come at an important time for me as I am ready to release some new music.”
Papon, who has sung some super hit Bollywood songs like Moh Moh Ke Dhage, Kyun, Jiyein Kyun, Bulleya, and his folk-fusion band The East India Company, believes it is equally challenging to be an established singer, whether in Bollywood or independent music.

“Both are challenging for different reasons. When you’re an Indie musician and wish to make your music, you put it out for people to discover. Bollywood doesn’t allow you that freedom. You have to work hard to get noticed and get work.”
Saavn already featured two very distinct singers on their Artist-in-Residence (AiR) program – EDM artist Nucleya and Raghu Dixit – earlier, and this is the third program they are hosting.

Tips to Save Money for a Home Loan Down Payment