The graphic visuals on cigarette boxes and advertisements against smoking before movies may put you off, but there is a reason why they are posted. Smoking and smokeless tobacco kill nearly 6 million people globally every year, says the World Health Organization (WHO). That’s one death every six seconds. Still, people continue to smoke. For those who want to quit, it’s a tough battle. For many smokers, it may take 30 or more attempts to actually quit smoking, according to research by the medical journal BMJ Open. If you have decided to quit smoking, several smartphone apps can assist you in kicking the butt.

These apps will not work until you have a firm resolve to quit smoking, as most of these only act as motivation to stop you when you are craving for a smoke. So, if you need some support, these apps may come in handy. Quit smoking slowly: This app can slowly help you cut down on your daily cigarettes and slowly quit smoking. You can set initial parameters and preferences related to daily cigarettes smoked, the cost of a cigarette, and a deadline before you want to quit smoking Wide Info. 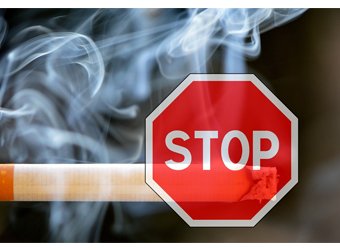 Based on the parameters you set, the app prepares a daily timeline of cigarettes you are allowed to smoke. You can smoke when the screen turns green. Thereafter, the screen turns red for a certain duration. The app also keeps track of monthly, weekly, and yearly savings and gives motivation tips to keep the journey going. The app has more than 100,000 downloads on the Google Play Store. Quit (Quit Smoking): This app provides users with various health metrics. This acts as a motivation tool for users to move toward their target. It includes metrics such as ‘After 8 hours without tobacco’ and ‘After 24 hours without tobacco’.

The app also has statistics including savings, time, and a feature that starts a timer before the urge to smoke ends. The app has more than 500,000 downloads on the Google Play Store. Quit Smoking – QuitNow!: This app will allow you to join a community of users who have decided to kick the butt. The app requires users to fill in their personal information and the date they decided to quit smoking. Once the details have been filled in, the app will show you statistics on how much time and money you have saved. The app lists 15 achievements that you can unlock during the journey, such as 10 cigarettes not smoked, no smoking for five days, etc.

The most powerful aspect of this app remains the community and chat support that will never let you feel alone during the journey. The app has been downloaded 1 million times on the Google Play Store. Smoke-Free, stop smoking help: This app will come in handy for users who derive motivation from statistics. The app will tell users how much money they have saved, how long they have been smoke-free, and how many cigarettes they have avoided. It allows users to add smoke cravings and also gives tips to avoid them. The app also has a diary entry feature, which allows users to jot down thoughts and cravings. Users also can upgrade to the Smoke Fee Pro version to unlock missions and other interesting features. The app has more than 500,000 downloads on the Google Play Store.

Light Brown Hair Colour Ideas to Give You A Glamorous Look.