Interesting as it may sound, the truth is that Google, the company that is behind Android, has not made an Android phone. At least not in the way Apple makes the iPhone. This is changing now. Several days ago, on October 4, Google announced Pixel and Pixel XL. According to Google, the Pixel phones are the first phones that it has engineered and developed completely in-house. Although technically Motorola phones, when Motorola was a Google-owned company, were also Google official phones, and so are the Nexus devices, the Pixel phones are indeed slightly different. Although Google has sold phones using its Play store earlier, this is the first time it takes full ownership of the phones. 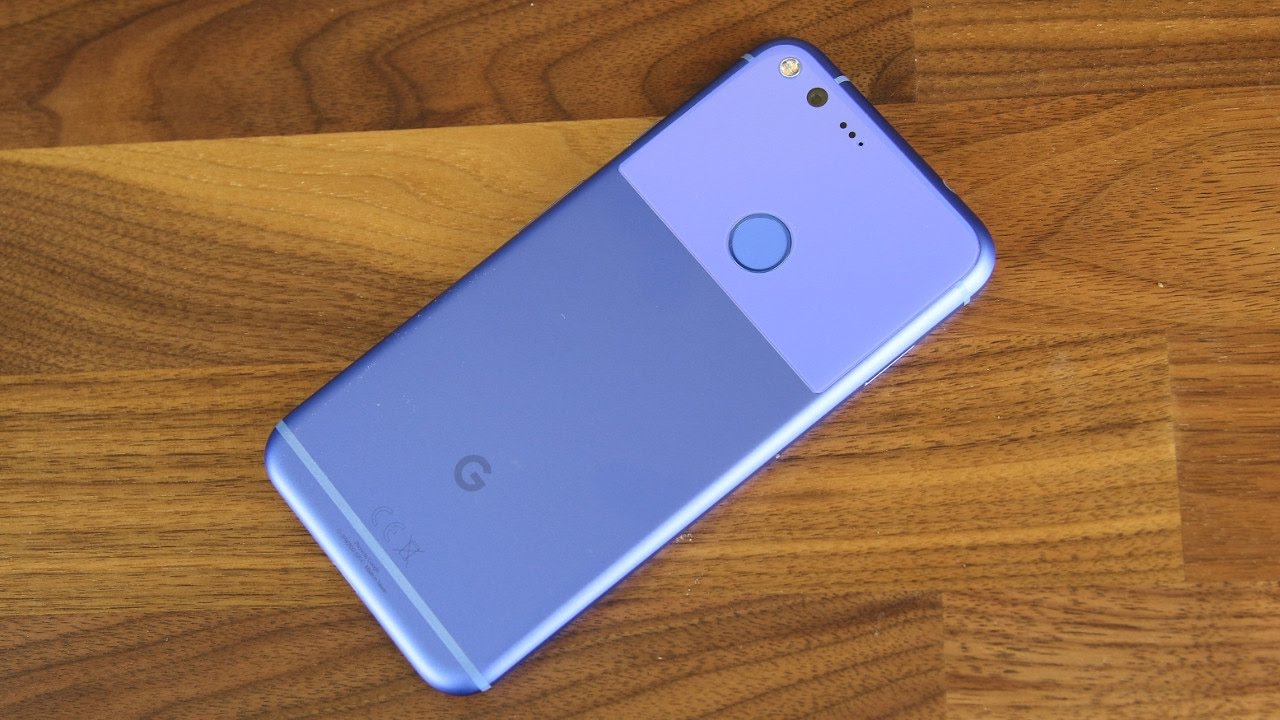 In the coming days, Pixel and Pixel XL will reach shops in India. Pre-orders have already started, and Google has already started reaching out to prospective consumers, telling them all about the virtues, as it sees them, of the Pixel phones. Here at India Today Tech, we will take a better look at the Pixel phones in the coming days. But for now, based on a day I have spent with the Pixel XL, there are some quick thoughts on what I make of the Pixels XL (and, up to an extent, Pixel).

Although the Pixel XL is a Google phone, it unmistakably looks like an HTC phone. Well, there is a reason for that. The Pixel XL is a phone manufactured by HTC, even though it carries the Big G logo of Google. And its design is a mishmash of HTC phones, primarily the HTC 10 and the HTC A9. As you expect from a mishmash, the design will leave a user with mixed emotions. It is not a bad design. But it is not great either.

The Pixel XL uses an aluminum metal shell with the left and the right edges carved with clean straight lines, which we have seen earlier on the HTC 10. On the other hand, its curved corners reminded me of the HTC A9 and the iPhone 6. This is a familiar design, and we have seen it again and again on high-end — and now mainstream — phones. However, the unique bits to the Pixel design come from the glass portion on the rear and fingerprint scanner. The phone has a conveniently located –, and I must add a high-speed — fingerprint sensor on the rear cover. Android in the Pixel XL seems fast and quite beautiful with its clean, flat layer-based user interface. There are no unwanted apps here unless you count some of the Google apps as unwanted.

All in all, my impression of the Pixel XL in terms of design is that this is a very utilitarian design and somewhat boring for a phone that costs Rs 67,000. The bezels are thick, and various design elements give a fairly generic look. Although with a slim profile and a 5.5-inch phone, a compact enough frame also means that you can use Pixel single-handedly. Well, most of the time. Compared to a phone like the Galaxy S7 Edge, the Pixel XL doesn’t look good. But it sure is more convenient to use compared to the iPhone 7 Plus.

The big story with the Pixel XL is not its design. It is the software inside it. With Pixel phones, Google is taking charge of Android back from the phone makers in China and Korea, and instead of trying to give users a version of Android that will fast, good-looking, and feature-rich. The company is also promising timely updates to Pixel users.

All of this sounds very promising, and Pixel XL does highlight some of the better aspects of Android. It comes inbuilt with Google Assistant. It seems very smart, smarter than Siri, although I need to spend more time with it. Then there is a new app drawer — swipe up from the bottom edge — and it looks better than the app drawer out there by default in the Android 7, aka Nougat. The Pixel XL runs a more recent version of Android — Android 7.1 — and has the exclusive Pixel launcher that Google has created.

In the Android 7.1 on Pixel XL, Google has added a couple of more unique features. The most intriguing of these seems to be the shortcuts. You long-press on an app, and it shows a shortcut. For example, a long press on the Chrome app shows a shortcut for opening a tab or opening an incognito tab. This is very neat.

Overall, Android in the Pixel XL seems fast and quite beautiful with its clean flat layer-based user interface. There are no unwanted apps here unless you count some of the Google apps as unwanted. And there are no tacky animations or colors, which we often see on phones made by China-based companies.

It also helps that Pixel XL has pretty good hardware inside it. It is powered by Qualcomm Snapdragon 821 processor and has 4GB RAM. It also has 32GB of internal storage. The AMOLED screen of the phone, at first glance, looks beautiful as it shows rich and deep colors. It also seems to be a very bright and vibrant screen, although this will be tested properly once the phone is used outdoors in bright sunlight.

iPhone 7 Plus vs. Pixel XL: On the left is an image by iPhone. On the right the photo by Pixel. The iPhone exposed the image better and has accurate colors. Pixel image has more details, richer colors. Talking of hardware, probably the best part of the phone seems to be the camera. We haven’t yet really put the phone’s camera through its paces, but it seems to capture images with great detail and extremely punchy colors. Although speed-wise — focus and processing — it does seem slower than the camera in the iPhone 7 Plus, or for that matter, the camera in the Galaxy S7.

In the coming days, I will take a better look at Pixel XL, see how well its battery holds up, whether the phone heats or not, whether its software has bugs or not, and most importantly, see how well it works with the Jio network. You guys do want to know how well it works with Jio. But all of that is for later. For now, my impression of the Pixel XL is mostly positive, although the design could have been better. For example, it doesn’t have water and dust-resistant body, which is kind of a big miss at a time when both Galaxy S7 and the iPhone 7 have it. Similarly.

The glass panel on the back cover looks tacky and useless. But then there is the software and features. The Android 7.1 Nougat inside the Pixel XL looks fantastic and seems to work very, very well. It is the kind of software that is going to make you fall in love with Android. And although the software is not everything, it matters a lot in a “smartphone.”

By Anthony M. Smith
1 Mins read
For a long time, Android users have been waiting to enjoy video calling facility on WhatsApp just like Windows phone users. And…
Android

By Anthony M. Smith
1 Mins read
After not so successful device IM5, the photography company Kodak will launch its new device Ektra  — a smartphone aimed at shutterbugs…