An Indian automaker is plowing a new furrow in the crowded field of car-hailing apps. Uber and Lyft have already become household names in cities around the world, allowing people to hail a ride with just a couple of clicks on a smartphone. Mahindra & Mahindra is hoping to make it easier for farmers to hire a tractor when it comes to harvest time with a smartphone app called Trying.

Priced at about 250,000 rupees (£3,000), many small-scale farmers cannot buy a tractor and are forced to rent one from owners who can often be unreliable. Moreover, prices also surge at peak times, such as harvest time.
“One of the things that struck us was the toll it took on the self-esteem of the farmer,” said Rajesh Jejurikar, chief executive of the company’s farm equipment division, told the New York Times. “It was, literally, like having to beg for it. He didn’t feel like it was his right. 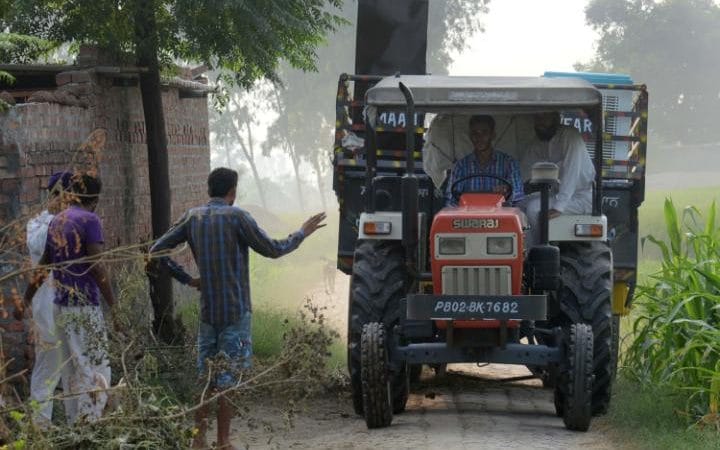 Mahindra & Mahindra launched Trying last month in the state of Karnataka, and soon it will be rolled out in other farming states, including Gujarat, Madhya Pradesh, Maharashtra, and Rajasthan. The company, which offers rentals at 400 to 700 rupees an hour, has several tractors and a pool of private owners who have signed up for the service. It has also set up call centers to place orders by telephone – an essential addition given that more than 90% of rural India does not have access to the internet.

The Trying farm equipment rental business model will enable farmers to deploy mechanization technology on a pay-per-use basis without investing in the asset,” said Pawan Goenka, M&M Executive Director, when the plan was first announced in March. “This will increase their output and prosperity and lead to the inclusive growth of the nation.”
It is not the first time Mahindra & Mahindra has invested in a digital start-up. In June, it invested in Scoot Networks, a ride-hailing service based in San Francisco.

Want to learn a foreign language? Download these apps