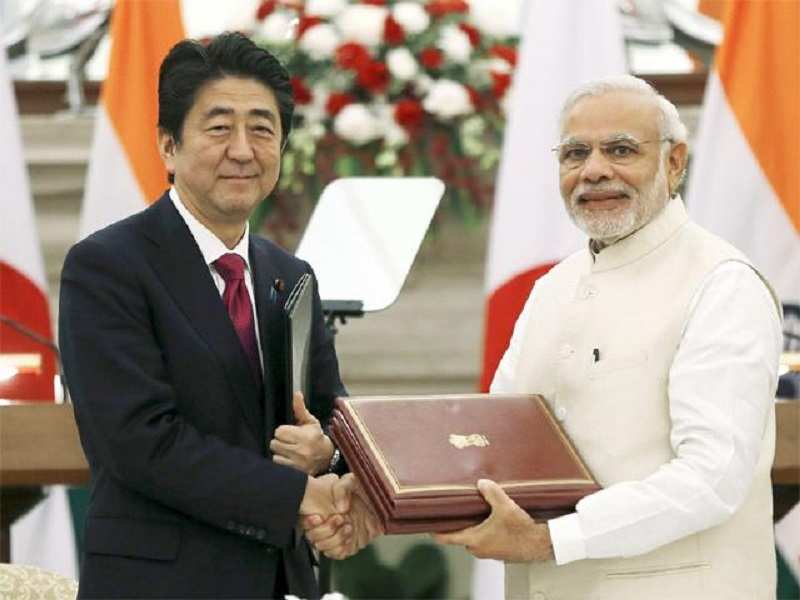 India may give contract of its second high-speed rail to Japan and both the countries are planning to work it out during the two-day Japan visit of Prime Minister Narendra Modi.
If it works out, it’s going to be Japan’s second such project in India. The first was also a high-speed rail link, which is based on the Shinkansen bull train train technology and will be connecting Mumbai and Ahmedabad.
The second project is expected to be come up either in southern or central India.
Officials from both the countries are discussing the proposals. Japan is keen to expand the high-speed rail network in India and if the project gets completed, it will be a revolutionary step regarding the time taken for train travel in India.
Engineering design work for the first link is expected to start by December next month. Japan is providing financial help in a form of loan of up to 81% of the cost at a nominal interest rate of 0.1% annually.
The Indian Railways has identified at least five other corridors like Delhi-Mumbai, Mumbai-Chennai, Delhi-Kolkata, Delhi-Nagpur, and Mumbai-Nagpur, for running 300 kmph or higher speed trains. Studies regarding feasibility are being conducted for these routes.
Besides Japan, China is also in the reckoning for developing high-speed rail networks in India.
(image: Indiatimes)

Laos Adventure Travel - And What an Adventure!

By Anthony M. Smith
2 Mins read
Princeton is the name of a city usually associated with Princeton University, one of the United States’ most prestigious and widely known…