Apple’s iPhone sales continue to decline for the third quarter in a row, and the company’s annual revenue has also fallen for the time in 15 years since 2001. Amidst the gloom, there is some positive news to share, at least where India is concerned. During the earnings call, CEO Tim Cook mentioned that iPhone sales in India went up by more than 50 percent in the fiscal year ending September 2016, compared to the same period last year. “We believe we’re just beginning to scratch the surface of this large and growing market opportunity,” Cook said.

Apple sold 45.5 million iPhone units, generating revenue of $46.9 billion in the quarter. iPhone sales were up year-over-year in 33 of the top 40 markets. “We’re thrilled with the customer response to iPhone 7, iPhone 7 Plus, and Apple Watch Series 2, as well as the incredible momentum of our services business, where revenue grew 24 percent to set another record,” Cook said. 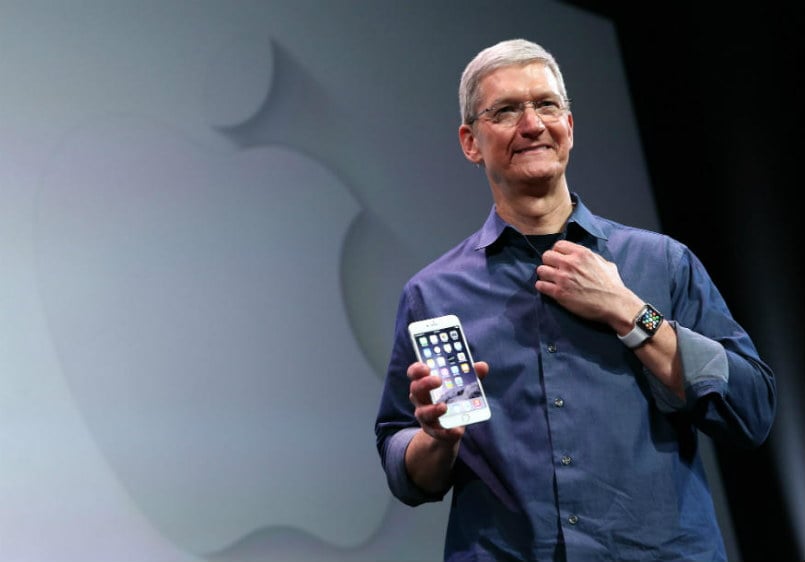 Looking ahead, we see some fascinating developments in India. Reliance Jio is rolling out a first of its kind all-IP network in India with 4G coverage in 18,000 cities and 200,000 villages across the country,” Cook added. With the launch of Apple’s new iPhone 7 and iPhone 7 Plus in India, Reliance Jio is also offering buyers with benefits worth Rs 18,000. Buyers get one year of free service, including unlimited local and national outgoing calls, unlimited SMS, 20GB 4G data per month, and 40GB of Wi-Fi data on JioNet Wi-Fi data. The offer is also applicable on iPhone SE, iPhone 6, iPhone 6 Plus, iPhone 6s, and iPhone 6s Plus. ALSO READ: Reliance Jio offers a free annual plan worth Rs 18,000 to iPhone buyers in India

Apple has also taken enterprise market initiatives where it partnered with Deloitte last month. With its efforts, Apple aims to transform the way Deloitte employees work by maximizing the ease of use, security, and power of the iOS platform. There are more than 5,000 strategic advisors at Deloitte focusing on transforming business functions across the enterprise. Apple is also collaborating with Deloitte’s new consulting service, Enterprise Next, to help its clients across more than 20 industries take full advantage of the iOS ecosystem. ALSO READ: Apple shares fall nearly 3 percent after dipping in quarterly sales

Apple iPhones may not have done well in India, and one key reason is the lack of required infrastructure. The Indian government, with its Digital India initiative, is focused on creating the infrastructure to connect billions of unconnected to the internet. And while Apple is facing a slowdown in developed markets such as China, it would be relying on India’s teeming young population. Tim Cook mentioned that instead of looking at the per capita income in India, it is important to look at the number of people that will move into the middle class over the next decade. If we look at India’s population, more than 50 percent is under 25 – a very young population. ALSO, READ: Couldn’t be more excited about investments in 4G in India: Tim Cook

Cook also mentioned that the population of India is expected to exceed that of China sometime in the next decade. While it may take a little longer for India’s GDP to rival China’s, Apple doesn’t have to succeed here. There will be many people in the middle-class category looking for a good smartphone, and some percent of it will be the exact target of Apple. Apple has realized the opportunity in India and that there’s a lot of headroom to succeed. It is working very hard to seize the opportunity.